Thinking of visiting London’s Star Wars Identities exhibit at The O2? If you’re a passionate Star Wars fan, this is one you can not miss. It features costumes, production materials and mdels from the most epic films of all time.

Star Wars Identities creatively appeals to those who are more scientifically inclined too. For insight on what the experience involves, advice for a visit, an activity suggestion to pair with your trip to The O2 and a fun look at the ‘stars’, make sure you read all the way until the end! 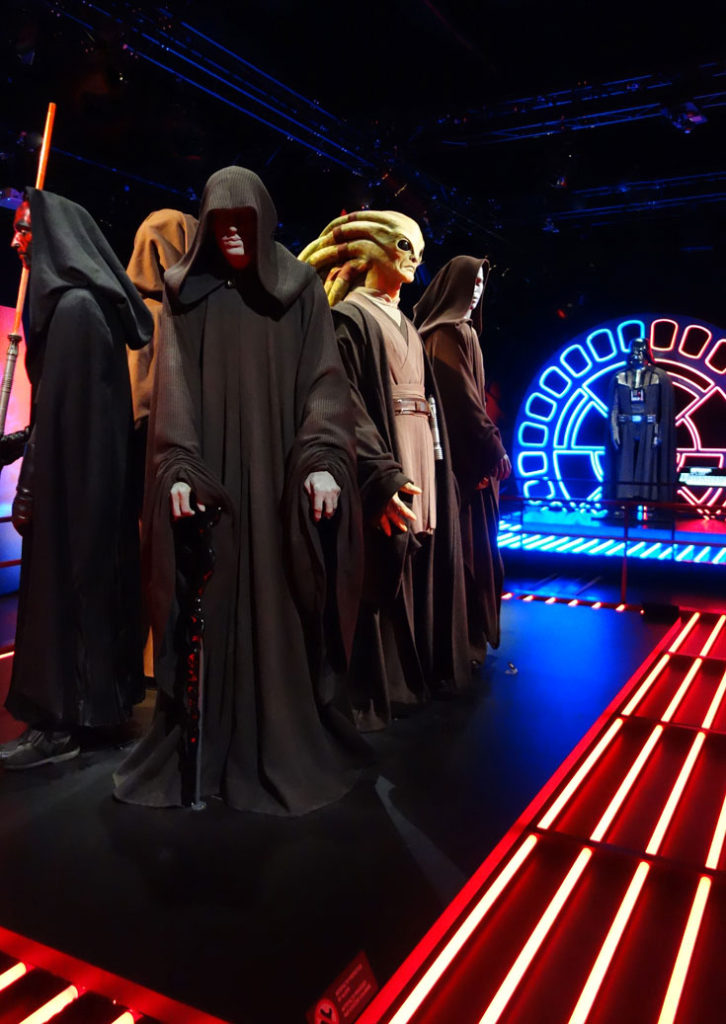 This is a two-minute highlight reel of who and what you’ll see in London at the Star Wars Identities exhibit at The O2:

Mr Sunny and I went to see the costumes and props. He’s a huge Star Wars fan. I have always liked the films. As a former film student in the US, I also have deep appreciation for how they’ve affected pop culture.

My eyes were on the infamous gold bikini. 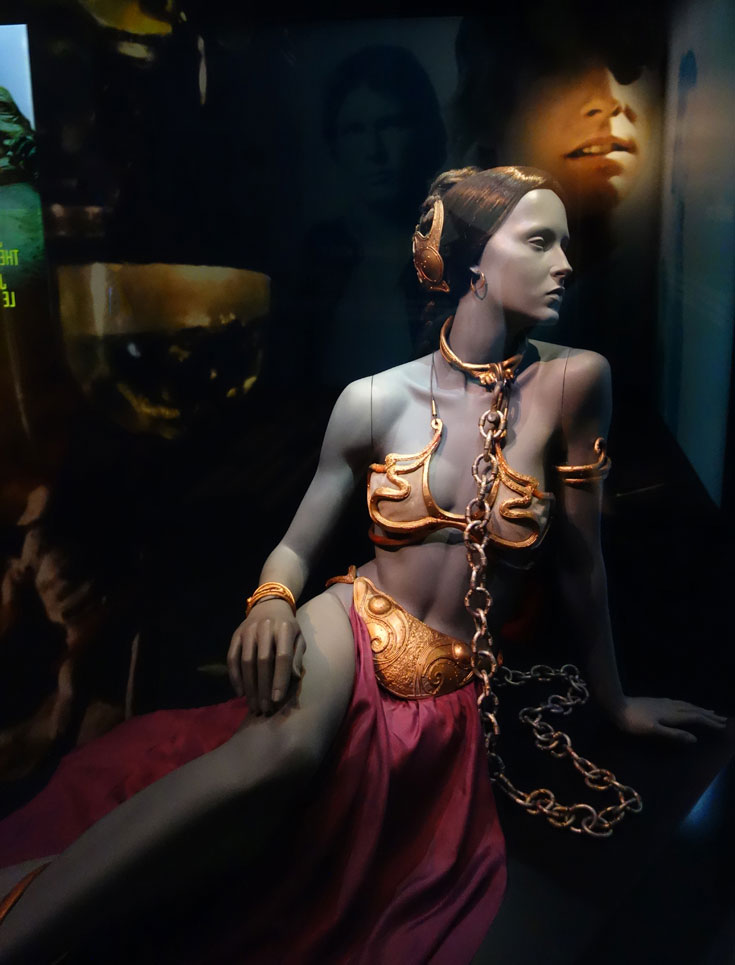 After seeing it, I actually don’t believe Carrie Fisher, or any human being for that matter, actually wore it. That thing is small!

Our expectations were set on seeing the stuff above, so Mr Sunny and I didn’t care much about the audio adventure. That was a good thing because that part of the exhibit gets a two thumbs down.

You receive a lanyard to wear around your neck that has a circular device in the centre. It’s supposed to track your journey. You’re also given a rubber bracelet that you tap to certain areas to register your character choices. Finally, you have an earpiece that goes over one ear. I understand that the premise of exhibit is scientific and psychological exploration. But, that was way too much stuff to keep track of when you’re also trying to upload pictures to Snapchat, Instagram, Twitter and Facebook. AND collect images for a video and blog review!

My devices for the exhibit didn’t work. Between the static and random sound bytes fizzing in my ear, that part of the experience was more annoying than useful.

Star Wars Identities- What You Do

You visit 10 different stations. At each location there is information about human psychology and character development. It’s billed as a character driven adventure into identity.

As you read about the journeys of Luke and Anakin Skywalker, you make selections about items like what you want your guiding trait or value, origin for your character to be. At the last station, you see a picture of your character projected in the ‘universe.’ Then, you have the option to receive the description via email.

I received mine within a minute after entering my address. If you’d like to see who I would be in the Star Wars Identities galaxy and a sample of what you’d receive, this is some of the email’s text and link they sent:

You can view your Hero’s full identity profile, and even share it with your friends here:

Choose your first character carefully. It’s the physical appearance you’ll see at the end of your journey. Girls, you don’t have many options if you’re seeking female physical representation. Book tickets in advance and arrive early. The O2 is ginormous and the exhibit took us about 10 minutes to find once we arrived inside the building.

There are plenty of places to eat and drink at The O2, if you’ve never been there before.  I’ve reviewed plenty of other restaurants that are there, including Cabana.

Plan on at least 75 minutes for the exhibit, if you’re like us and just want to see costumes and spaceships. For those more scientifically focused, you could be there several hours. After the Star Wars Identities experience we also jumped on the Emirates Cable Car ride for our third time. It has amazing views of London at night, but here you can see more about the daytrip views.

If you’re traveling a bit of a distance to The O2, book the Climb the O2 experience also. I did it over the summer and loved it. It’s one of the most open places you can get to ‘under the stars’ in London. It could be a really fun adrenaline filled activity to test out your newly acquired hero identity! Read my review or watch the video here…

We purchased our tickets through a deal notice I received via my email subscription with Timeout. This allowed us to preview the exhibit four days before it opened at a discounted rate.

The Star Wars Identities exhibit runs from November 18 2016- September 3, 2017. So you don’t miss the Sunny News about London, like fun things to do and advice for visiting, subscribe to the YouTube channel and email! Leave your thoughts and questions about the Star Wars Identities exhibit in the comments below. I’d love to know what else you would like to learn about London too!

Like Loading...
Christmas in London- What You Can’t Do in NYC
What British People Eat for Christmas