It’s no secret that Mr. Sunny designs every London Pub Crawl I write. He takes great pride in the research, and… he does a damn fine job. He just asks to be paid in beer. 😉

Our most recent pub crawl was completely impromptu. We had a dinner reservation in the St. Christopher’s area and were early. We popped in to the Lamb and Flag on James Street for our standard small vino and Stella. 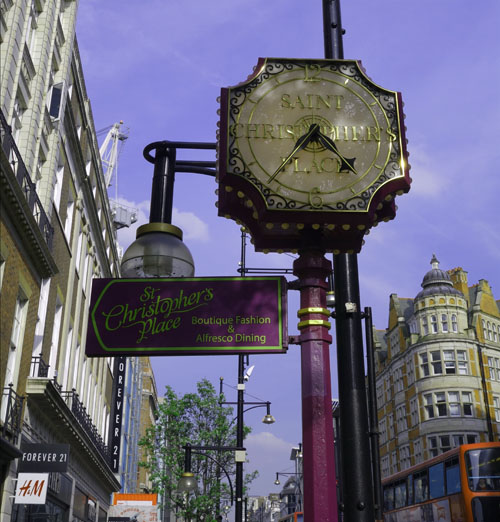 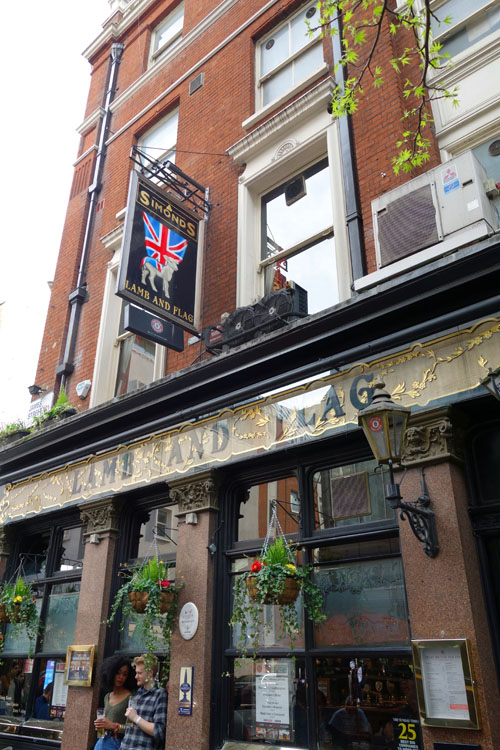 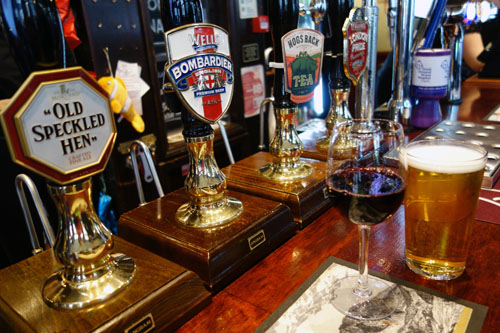 Mr. Sunny grabbed our liquid sunshine from the bar, sat down and declared, “Sweetheart, you have no idea how many hours I’ve spent in here, while you were over there,” and he pointed down the street.

I had no idea what he meant.

He then explained that he knew the pubs surrounding Selfridges all too well. 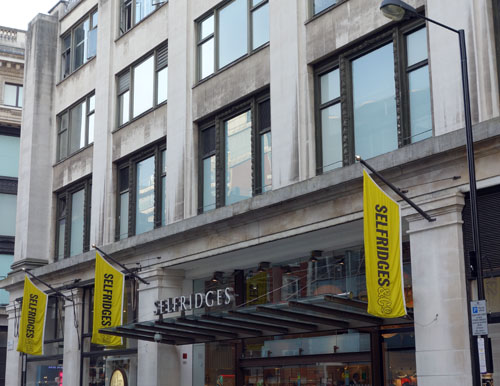 We struck a deal years ago that he would “shop” with me as long as it included ample pub time for him. (Ok, ladies, I’m sure you appreciate my genius right about now. It’s a win-win for ME!)

That’s how we roll.

Anyhow, here’s a quick shot of the Lamb and Flag interior. 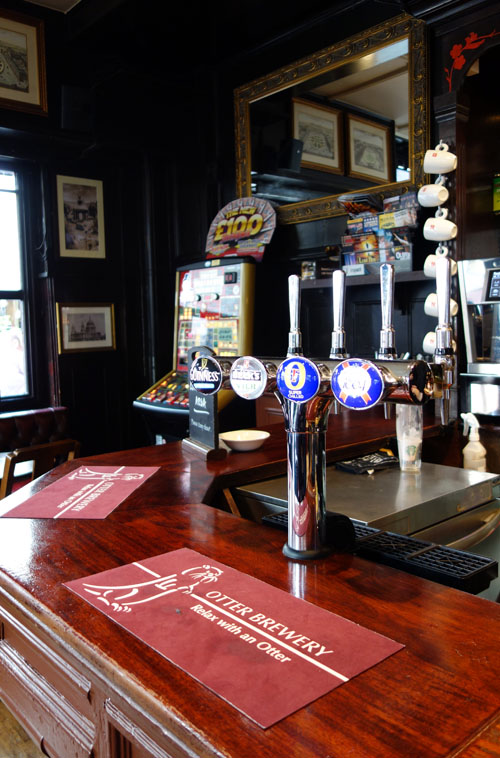 We finished our round, and Mr. Sunny decided he’d take me on a quick tour of his other go-to shopping safe zones.

Next is the Henry Holland on 39 Duke Street. It’s literally across from the department store. 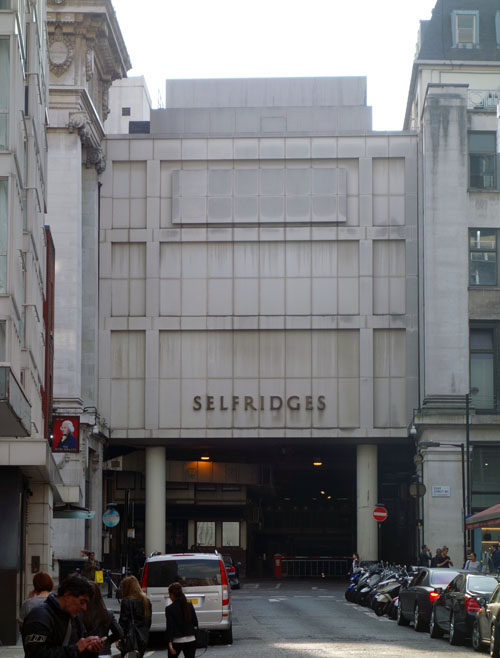 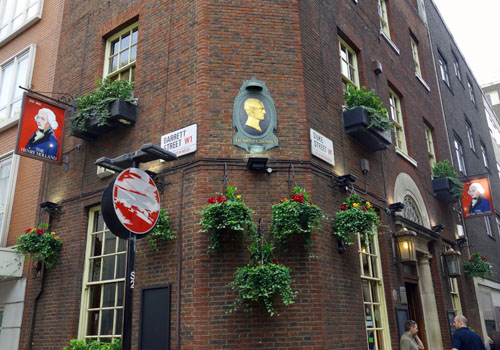 This pub has a great deal of character both inside and out. 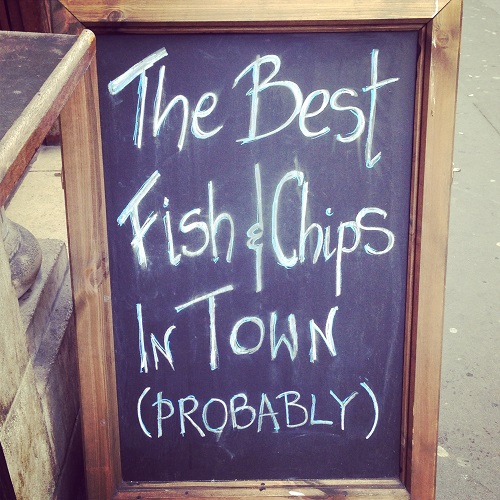 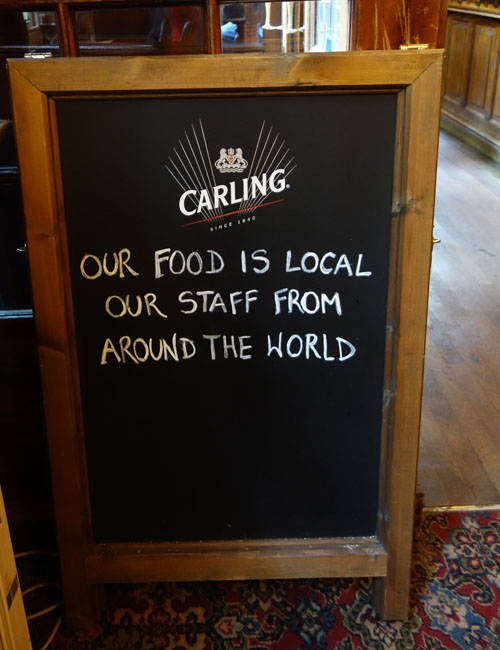 Mr. Sunny and I love it, and we feel it’s a bit friendlier than the Lamb and Flag. 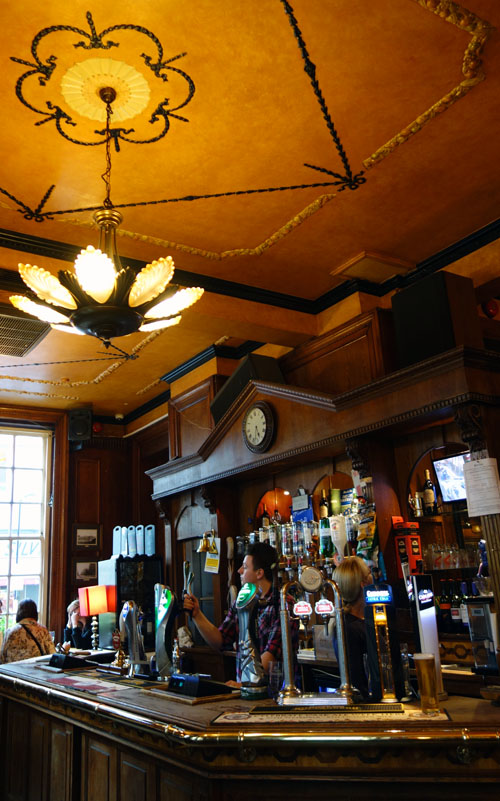 Although, while we were there an ambulance drove by with its sirens blaring. Mr. Sunny whispered to me, “I always get worried when that happens because I think some poor bloke around here just got the shopping bill from his Mrs.”

He’s such a comedian.

We had another round of drinks and then headed to Mr. Sunny’s favourite… 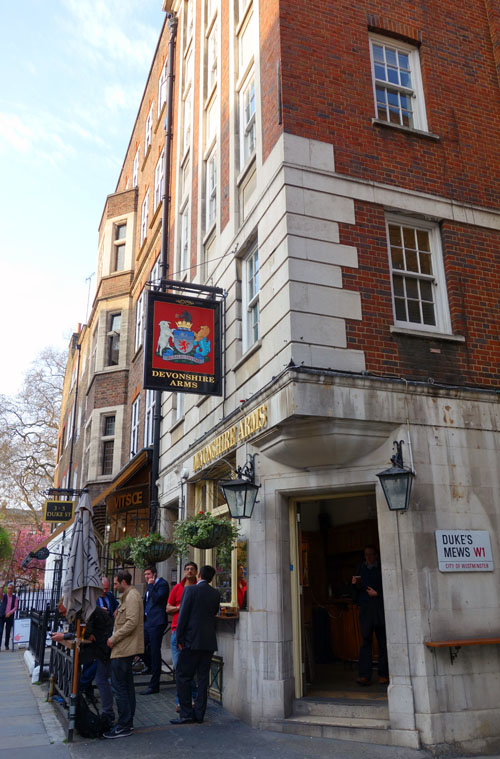 The Devonshire Arms is the furthest from Selfridges and is located on 7 Duke Street. 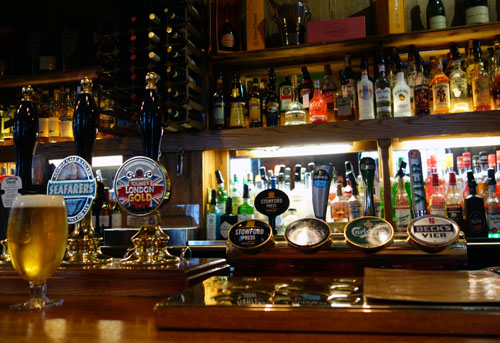 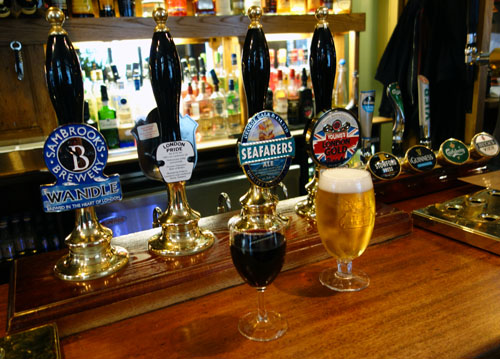 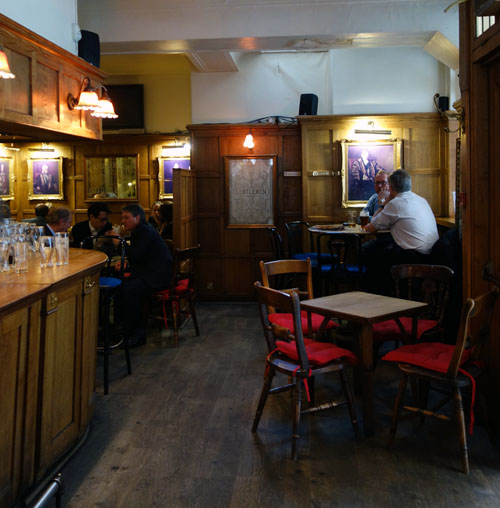 We are officially declaring this pub the WINNER! 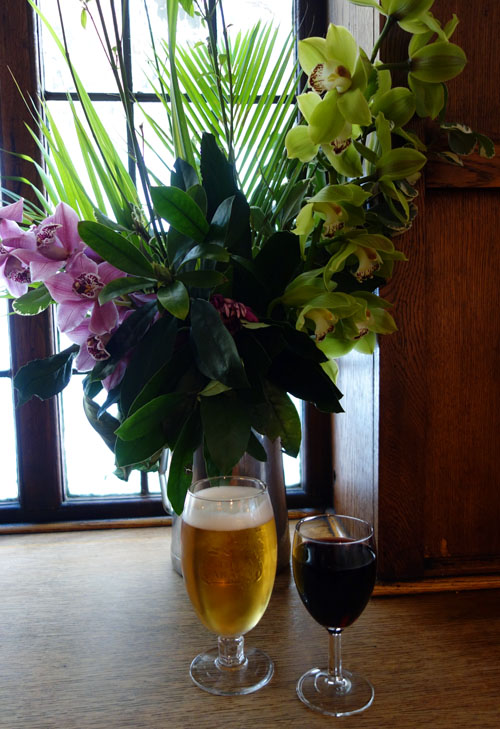 So, ladies, if you fancy bringing your man shopping for the day, maybe you can entice him with the Mr Sunny in London Pub Crawl- “Avoiding Selfridges”?

Fellas, keep this list handy in the event your ray of loving sunshine wants to drag you out for a “fun” day of sleeve pulling and shoe gawking. You can thank me later.

Like Loading...
La Brasserie London- Chic Cocktails in Chelsea
Why you need a Snowflake on a Sunny London Day!