Are you visiting London for the first time and have no idea what to see and how to organise your trip? If you read the Sunny Getting Around London Transportation Guide  you heard me mention the London Pass.

I tested the pass on a few attractions so I could give you some ideas for what to do for a day on the London Pass.

This is what I did: 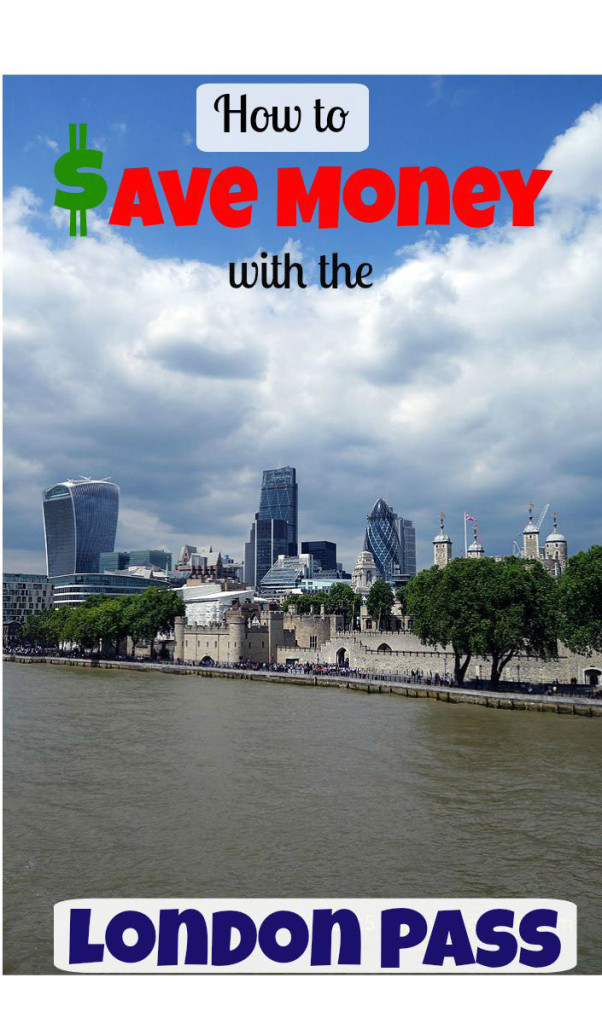 I started my day later than planned because of delays on the Underground. However, I arrived to the Tower of London at around 11:00am. With the pass, I didn’t have to worry about buying a ticket, but I did need to stand in line to go through security.

Even though I had visited the Tower of London years ago, I was overwhelmed with how much I wanted to see and learn. You could spend an entire day here. 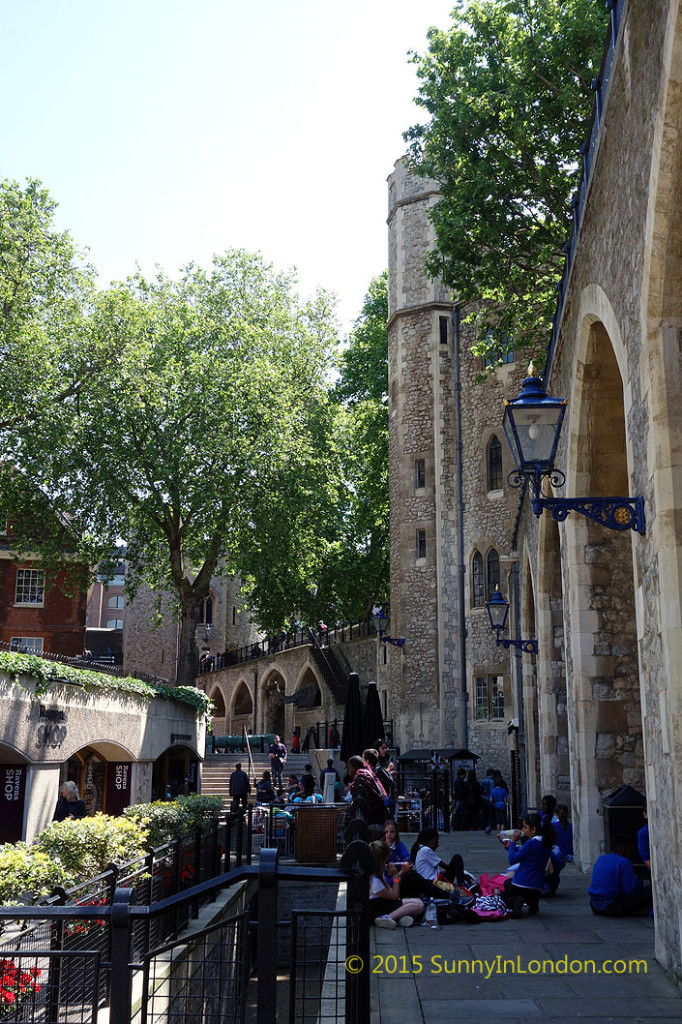 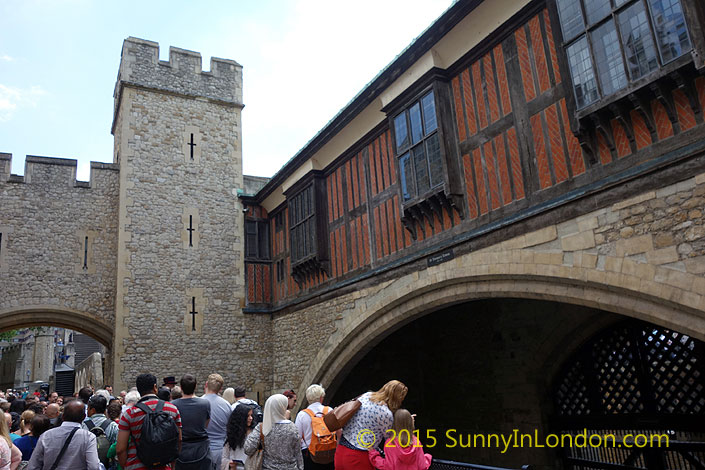 I went to the building where the Queen keeps her Crown Jewels. For obvious reasons you can’t take pictures or film video. In fact, when you move through the part where the big bling is displayed, you must stand on a conveyor belt. 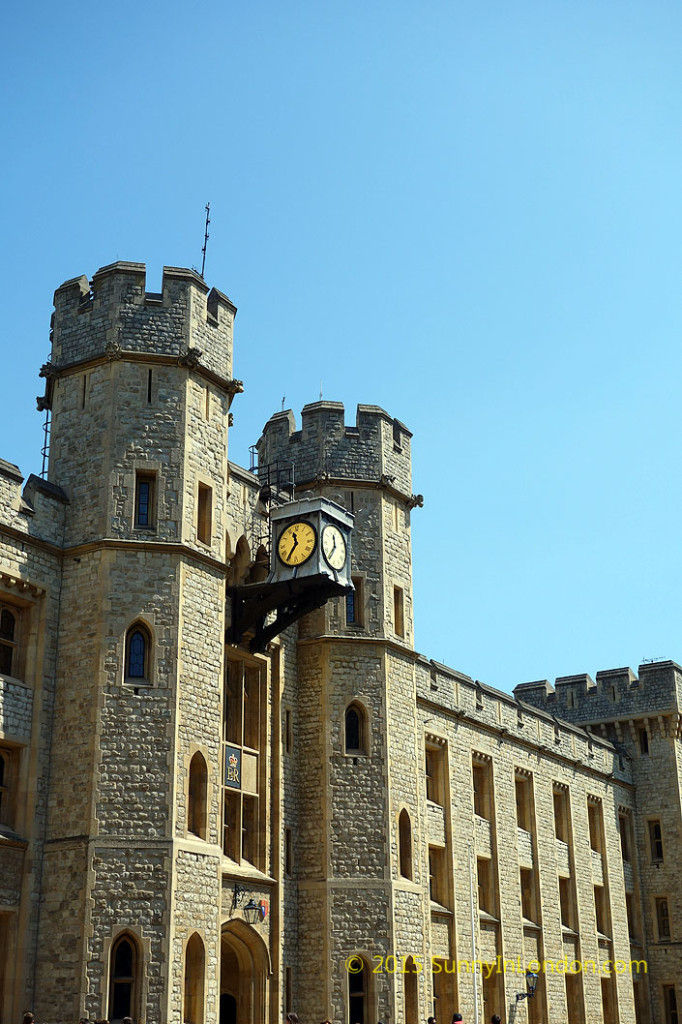 I spent an hour walking around trying to find relevant historic information and teach myself about the bloody Tower. Then I popped in the cafe to grab a quick sandwich and water. 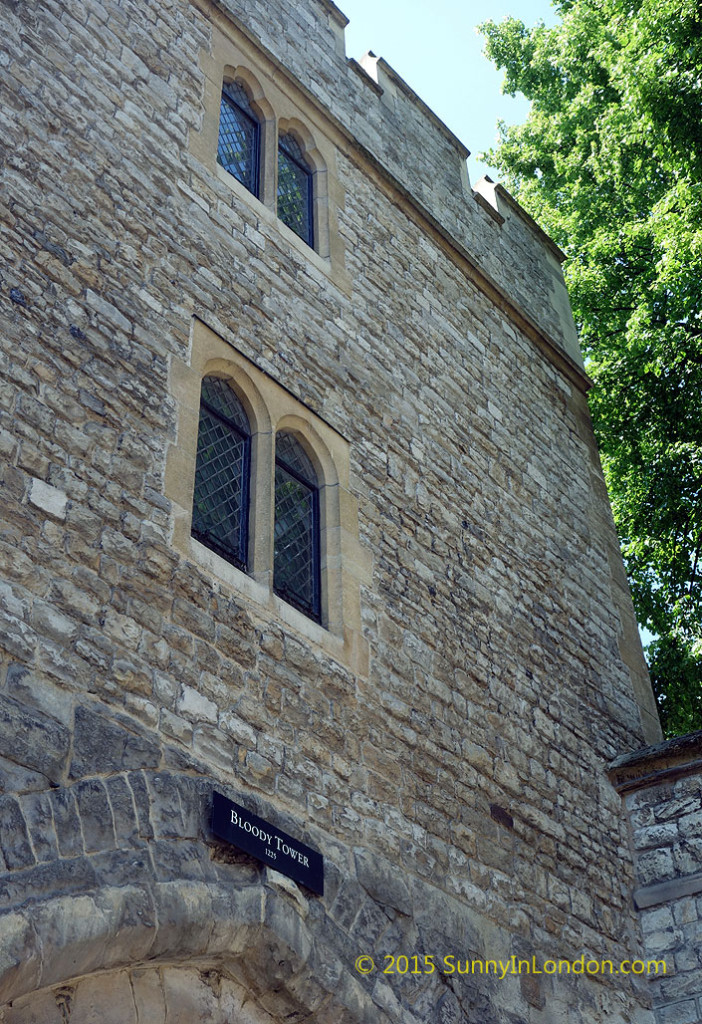 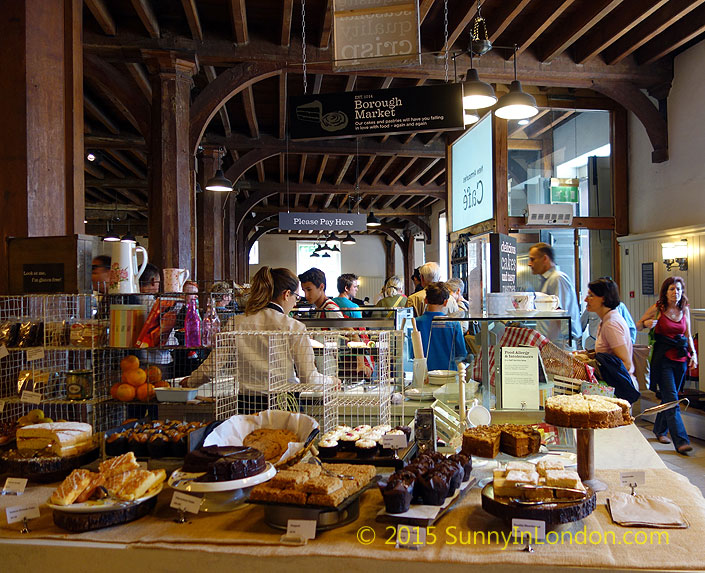 Next, I enjoyed a tour of the Tower with a very charismatic Yeoman Warder. 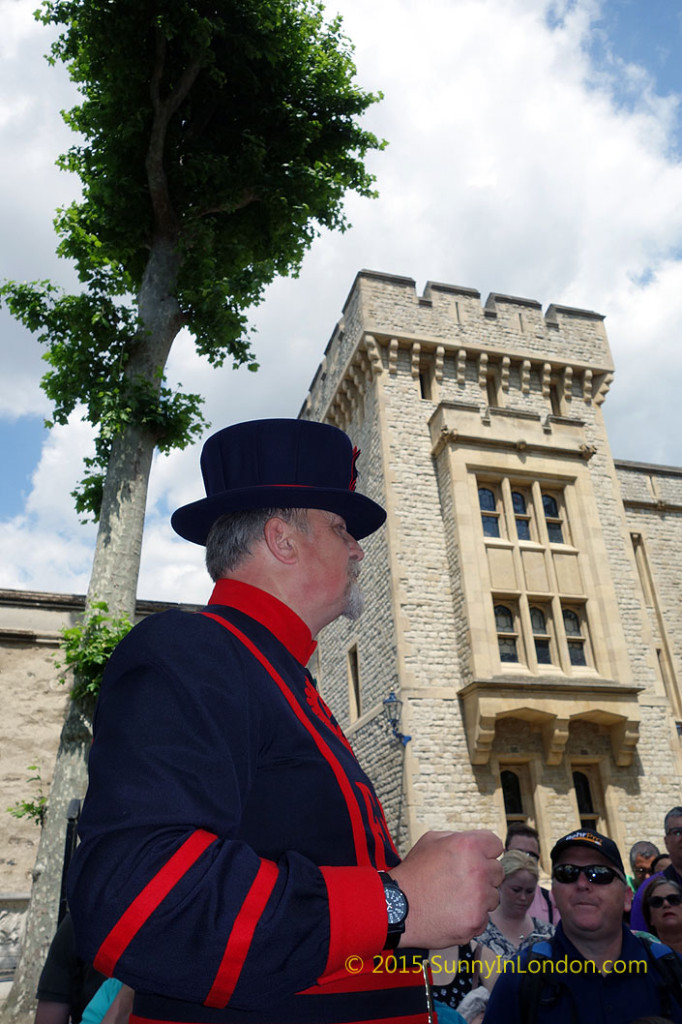 While the Tower was the home of many English kings and queens, its history is dark and bloody. For example, you end the tour on a grave site that has over 1,500 unidentified burial remains. They aren’t distinguishable because each skeleton was decapitated.

Next, I took a short walk (about 5 minutes) to the Tower Bridge Exhibition. 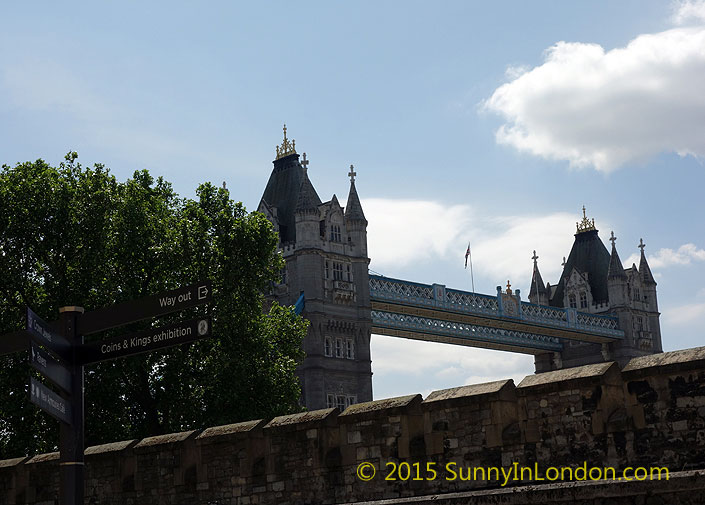 I bypassed the short line with my pass. I was at this attraction for about 45 minutes, 15 of which were spent staring through the glass floor.

The London Pass: The Monument (Adult £4)

For my final stop, I hit the Monument. The views at the top were great, but the experience was terrifying. You’ll have to read that review to learn why.

After carrying around a tripod, camera and other equipment for four hours in the sun, I was very tired and ended my day then. If you really want to power up and get big savings on the London Pass, I would add a few attractions to this day.

The London Pass: What to Add

Start your day at 9:00am when the Tower of London opens so you can include London Bridge. 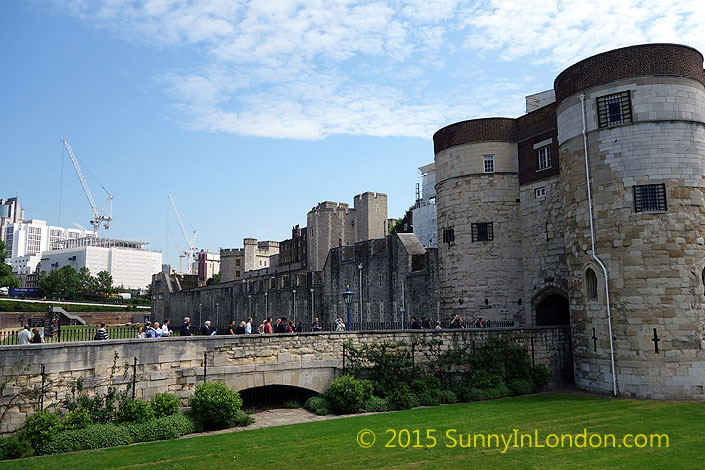 I haven’t been to this attraction yet because it’s supposed to be ‘London’s most terrifying attraction.’ So, I am waiting for a day when Mr. Sunny can join me. The cost is $24.

You can take a boat to all four places. There’s a review of the roundtrip cruise experience Mr. Sunny and I took during the Spring on the blog too.

If you visited the Tower of London, Tower Bridge Exhibition, The Monument, London Bridge and took city cruises roundtrip, your day would cost £79.52. With a one day, Adult London Pass it is £52. 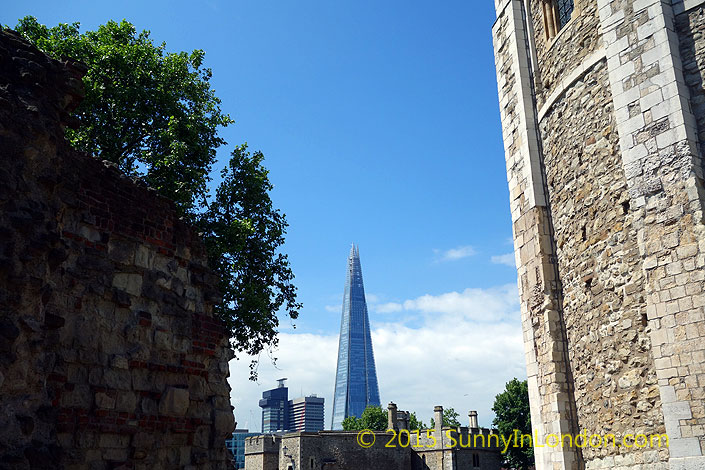 These are the individual reviews I have of all the attractions listed above, including advice for the London Eye:

– A Test to Tour the Tower of London
– The Monument London: A Tower of Terror?
– How to Take the Best Picture of London at Tower Bridge
– The London Eye: Advice on How to Fly High 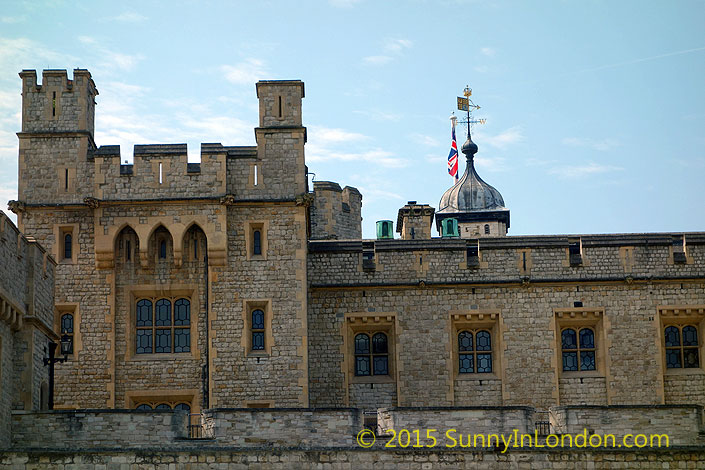 I would definitely suggest the London Pass for people visiting for the NFL in London games who want to maximise their time at attractions and see many landmarks while in town. Be sure to read my NFL in London: An American Expat’s Game Plan for Your Trip, leave questions you may have in the Comments below, and enjoy this two minute London Pass video from the day I used the London Pass…