Did you hear the selfie stick now kills more people a year than sharks?

That’s right. A study in the Fall indicated that the selfie stick held the responsibility for 12 deaths as of September. Shark attacks bit the lives of 8.

While this whole monopod of vanity may seem harmless, in careless hands it may be a sceptre luring people to their demise.

However, it’s now possible that there may be a device even more harmful in the hands of humanity, the drone. 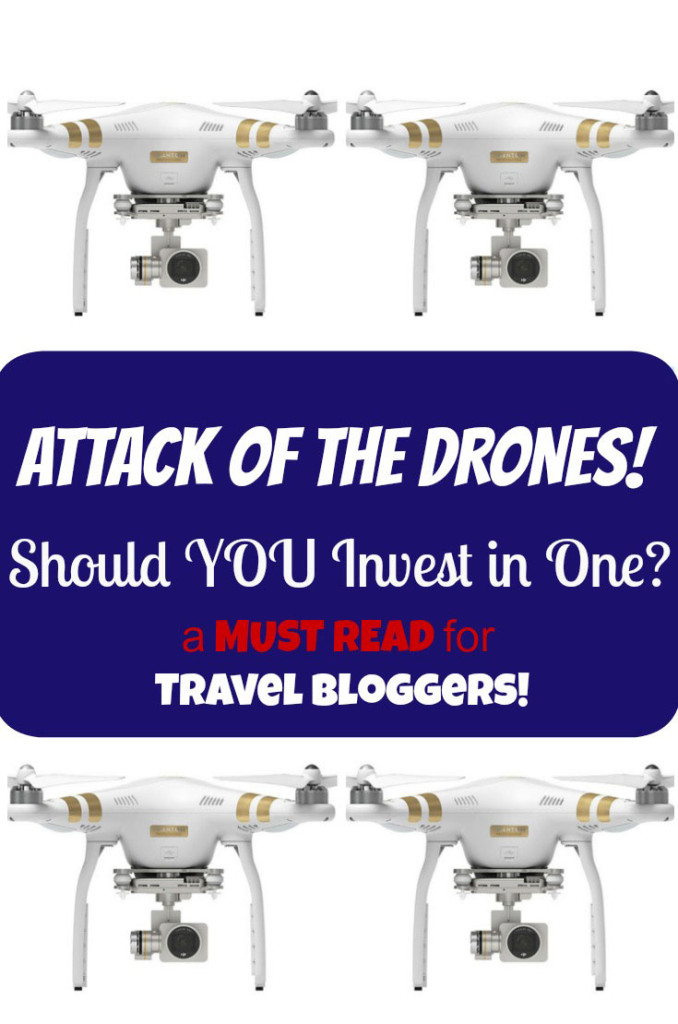 The Drone vs The Selfie Stick: The Basics

, which apparently is the top-rated drone with a camera for personal use.

With a price tag generally between £900-£1400, the drone camera is above my head. Also, the connotation that comes with a drone, stemming from their original use by the military, seemed like travel bloggers like me wouldn’t find an immediate urgency to purchase a roving camera.

If you watched all the deals flying around in the US and UK on Cyber Monday, you might now disagree with this speculation, since there’s so much drone deal evidence to prove it may need reexamined.

It seems that for around £1349, you can purchase your own DJI Phantom 3 Professional

In the US, DJI Phantom 3 Professional Quadcopter Drone

, you an purchase a drone for much less…

While this sure does blow away an affordable price of the selfie stick, which is usually about £10-£20, depending on additional features, the drone is actually attainable now for some. And, like any fancy camera, there’s recommended drone additional features.

Further research lead me to discover they’re quickly increasing in popularity and predicted to lower in price. Some say they could be around $500 by the end of 2016 and include a battery with a one hour flight time.

Like all innovative gadgets, as time advances, so does their accessibility. However, what does limit the use of drones, and will likely stay constant, is the list of rules attached with them. In the UK, the Civil Aviation Authority sets the rules under the air navigation act order. In an article about where you can and can’t fly a drone, the BBC indicates:

To use a drone for commercial purposes, like shooting a music video, operators must have permission from the CAA.

The US bans the use of drones above 400 feet. Operators must also notify an air traffic control tower in advance if they’re using one within five miles of an airport. There are similar laws in Canada too, but that doesn’t stop people from buying them – dr drone for example, is a large retailer of flying drones. 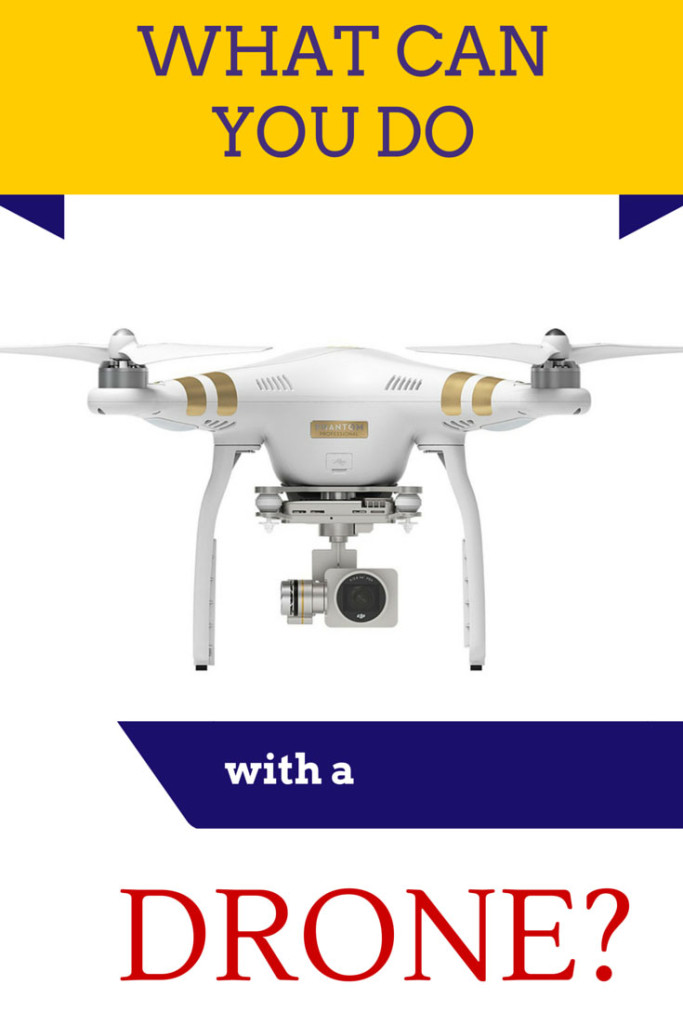 Most commonly, people think of using drones for filming weddings, particularly those outdoors. If you’re a travel blogger and want to take on the drone vs the selfie stick challenge, there are actually quite a few really cool places you can film. However, the advance planning required seems the most extensive of all camera options.

Most of the drone videos on YouTube are shot on beaches and parks. Now that you’ve read the above guidelines for Unmanned Aerial Vehicles (UAV’s), you can understand why these locations are popular. And, well…. legal.

Sure, you will find YouTube videos of drones gliding over cities, but that seems to be against the rules. And trust me, no travel vlogging video is worth losing your YouTube account, or worse- going to jail.

However, an example of a channel rocking it when it comes to the drone frontier is IrixGuy’s Adventure Channel. You can find tons of great tutorials on the DJI Phantom 3 Professional

Since it’s possible to livestream video to YouTube through an iPad or other tablet connected to some drones with cameras, I’m wondering if and when people will start doing this through Periscope too.

This will literally take ‘follow me’ to a much higher level. 😉

Some ambitious travel vloggers have hit places like Niagara Falls and castles for their drone videos. I’ve even seen a tutorial on how to use a drone to film fireworks. Personally, while those two places sound intriguing, I couldn’t take the chance of crashing such an expensive camera for a money shot like that.

Having experienced great success with a Periscope broadcast of a sunrise in my hometown, Daytona Beach, Florida, I can say that’s probably the level I would keep a drone experience if I received one. And, there are already some fantastic examples of these videos, along with sunsets, on YouTube too.

Drone vs The Selfie Stick: What’s Next?

The selfie stick seems like for now it will be the cheapest tool for getting a great shot, as long as you don’t get too carried away. I don’t use a monopod device unless I am showing a livestream video on Periscope. They’re great if you want to use a Stereo Microphone Rig

for your broadcast. An example of that is in my Cool Blogger Gadgets You Must Have for 2016 list. 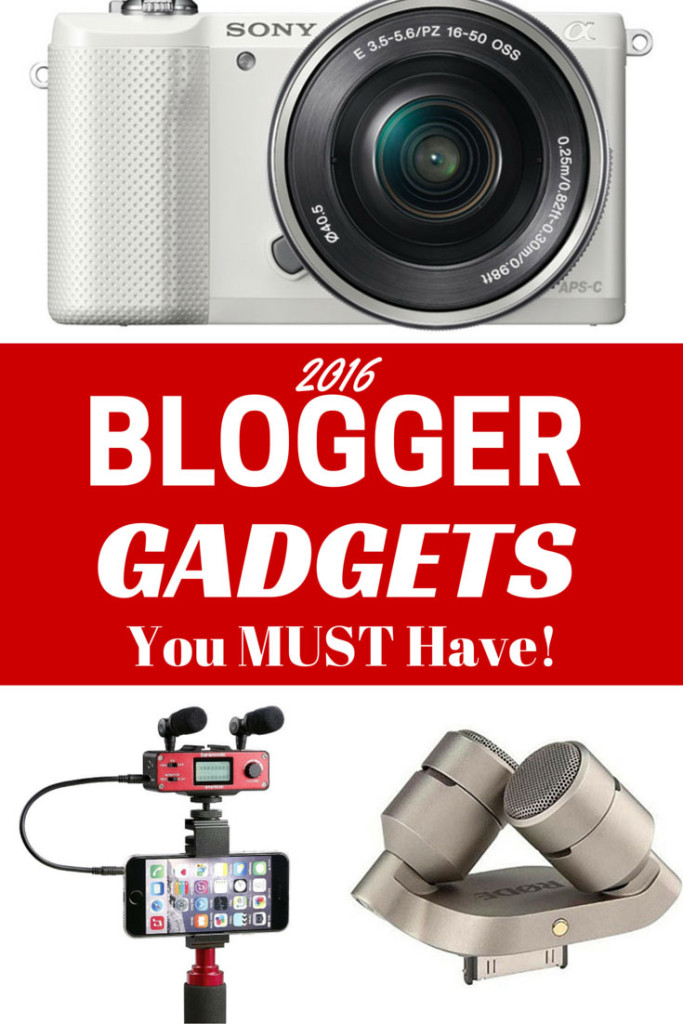 As the price of drones drop, it will be interesting to see if these flying monkeys will wreak havoc in the future or take us travel vloggers and their videos to infinity and beyond.

What do you think, Sunny friends? To drone or not to drone…. is that the question? 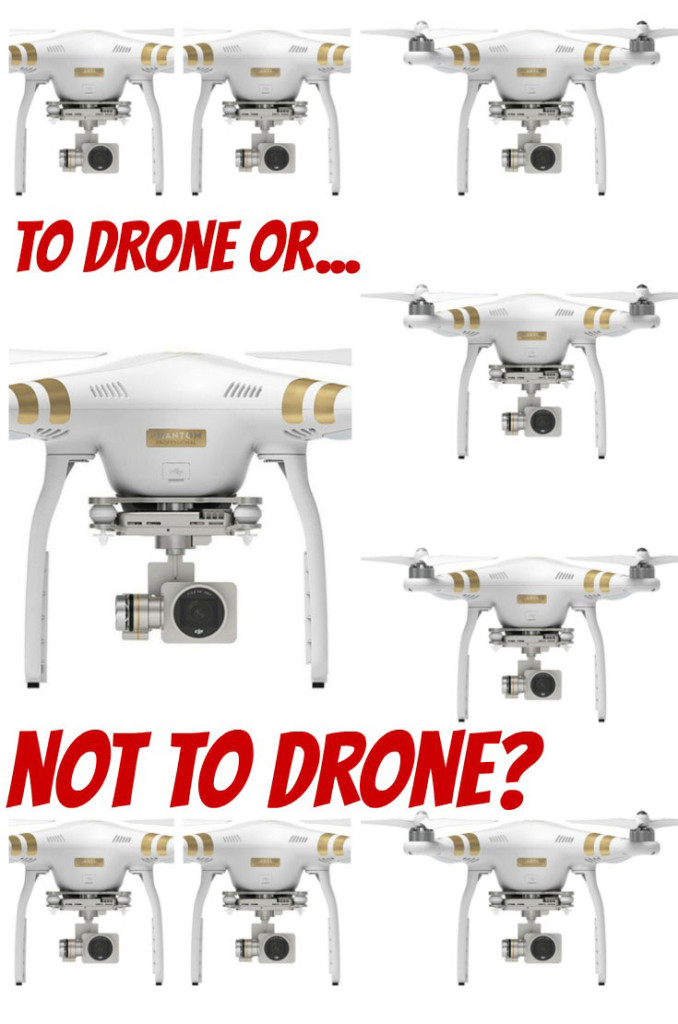