Sound the alarms because this London food spot is hot! I’m not kidding, Sunny friends. Mr Sunny and I were caught off guard when we approached The Fire Station Waterloo early on a recent Thursday evening. At 6pm, it was clear that the crowds had arrived well before us. So, naturally our curiosity about the restaurant peaked fast. 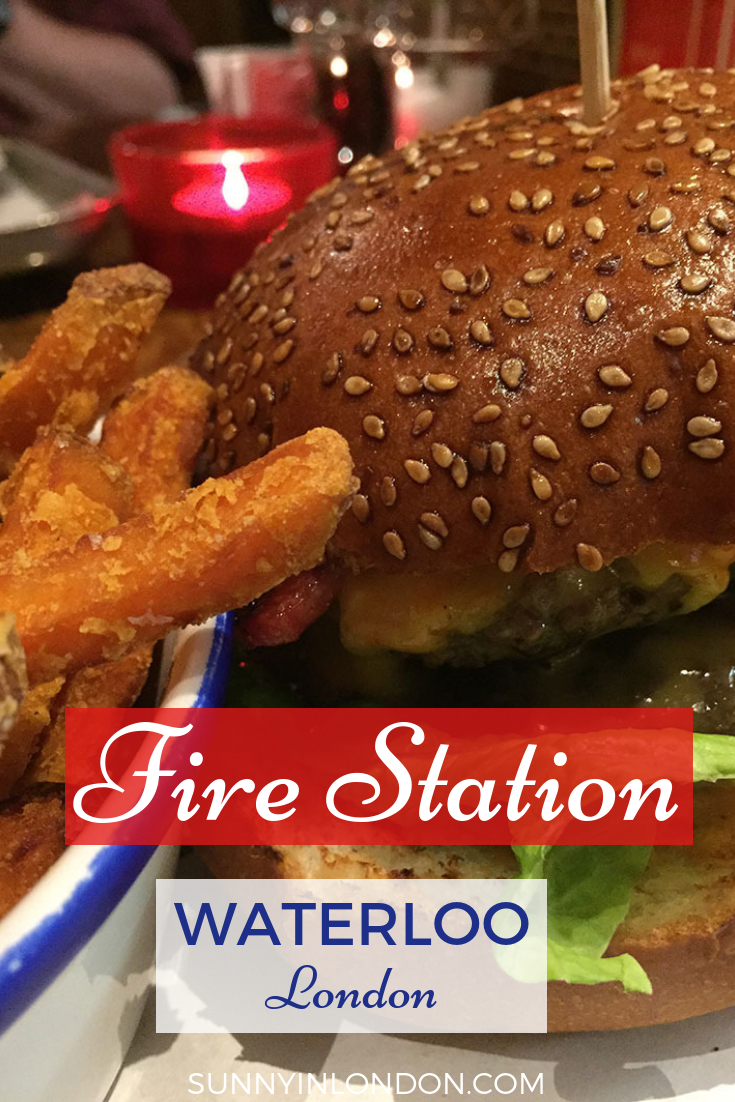 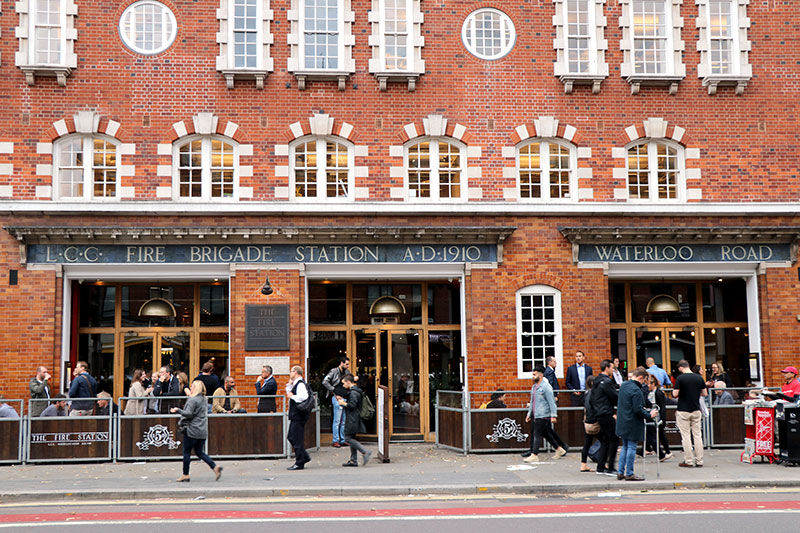 Because we like to eat early and get home on nights when we work the next morning, we usually do not experience packed places too often in London for dinner. Perhaps the 50 times I was almost knocked over in the stampede at Waterloo Station in the five minutes I had to wait for Mr Sunny to meet me should have been an indication of the kind of evening it was going to be?

We had a quick pint at a pub on the corner and then headed off to begin our The Fire Station Waterloo review. Using Google Maps to guide us in the right direction, we noticed that we simply had to look for the crowd outside. ‘Good thing we have a table booked,’ we thought while we wiggled through the people enjoying after work drinks outside.

Our server greeted us immediately and swiftly brought us our standard large red wine and beer. We pretty much knew we were either getting burgers or pizza because those are the two main features of their dinner menu. I called bagsy immediately on the Cheese & Bacon burger because as the chief blog writer, it’s my right, isn’t it?

Mr Sunny felt pressure for pictures to get a pizza so we could offer variety to you, but I told him since the burgers sounded so delicious that I was sure we could feature two different ones to readers, especially since there is a Beer & Onion burger on the menu.

‘Right. Sorted then’, he said. 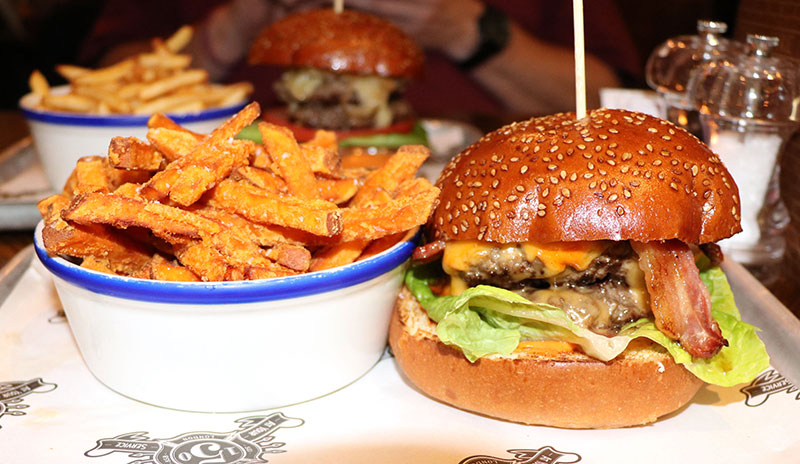 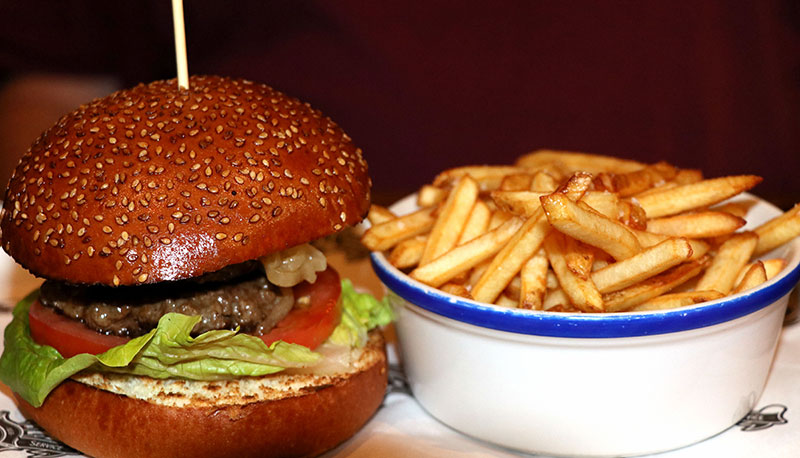 The sneaky surprise of the evening goes to my Halloumi Fries on the Snacks menu. When I asked our Server what menu item would take a great photo, and he suggested the Halloumi Fries, I was surprised. To be honest, I do not even know why I like halloumi so much. It has little taste, the consistency of soft rubber and photogenic quality of a rock. Yet, every time I see it on a menu, it is irresistable.

The Server gets two thumbs up for this recommendation. Featuring strips of fried halloumi with harissa yogurt, mint and pomegranate seeds, this dish deserves an honourable mention. Specifically, I loved the explosive popping of the pomegranate seeds in every bite. The combination of that against the bland background of the halloumi works great.

And yes, it does take a good picture. 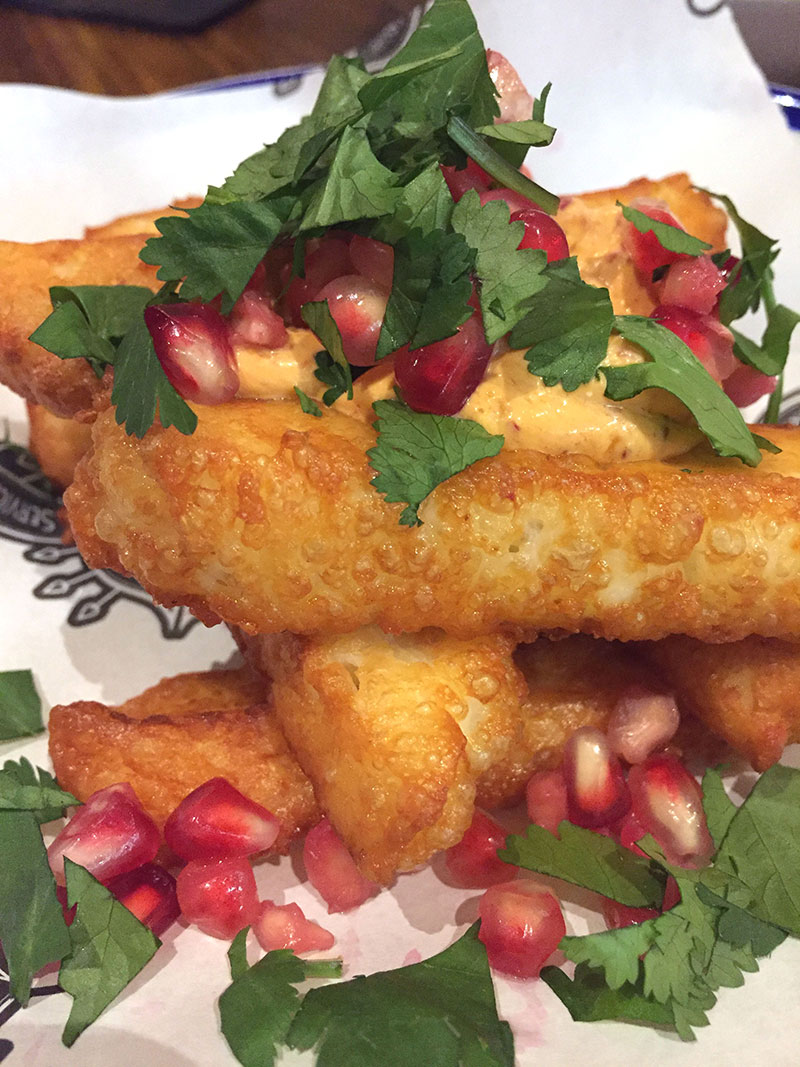 Mr Sunny, the blog’s resident beer and wing man, picked the Sesame Miso Wings for his snack and was not disappointed. 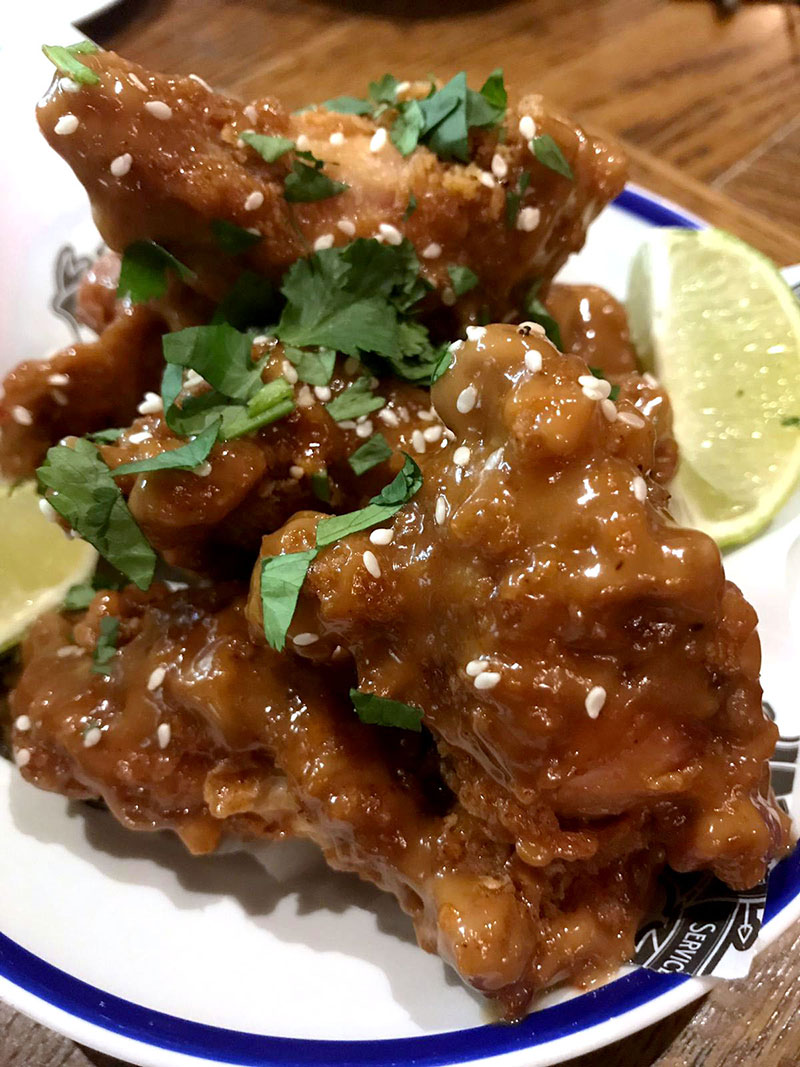 I struggled to finish my burger, which I am regretting as I write this because the thought of leaving behind any of that beautiful brioche bun right now seems blasphemous to me. It rocked but just filled me up too fast. Well, at least until the Desserts menu was waved under my nose. Would you pass up a Chocolate Donut Mess? 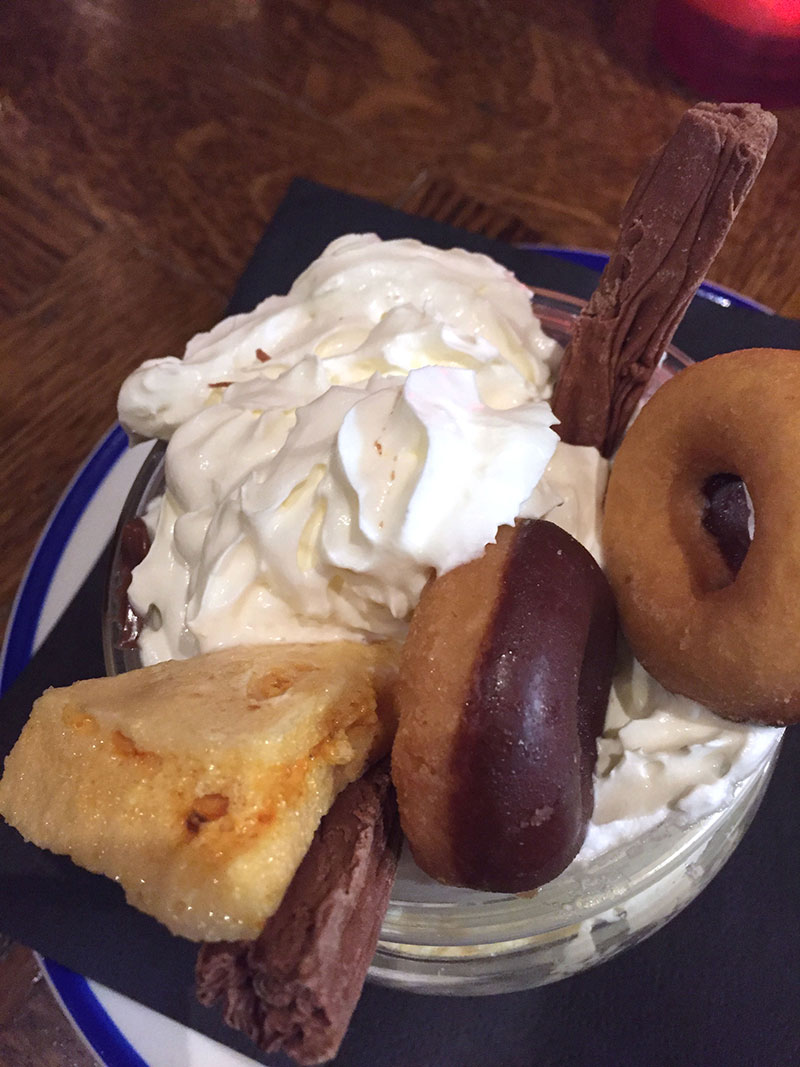 That tasty treat has chocolate hazelnut sauce, vanilla ice cream, honeycomb, flake, whipped cream and chocolate covered donuts. It was the final feat that put out my flame for the night. I used every last inch of room I had left to scoop out every bite. I have no regrets.

If you want a lively ambiance in the evening for after work drinks and burgers, The Fire Station Waterloo is for you. They also have a Brunch menu that could tempt you too. The prices are more than reasonable and the energy sure is high.

Even though our meal was complimentary for a review, it seems clear through the volume of people at The Fire Station Waterloo that we aren’t the only ones who feel this is a hot place to be in London!

Like Loading...
Secret Things to Do in Soho London
Harry Potter Afternoon Tea in London Potions Class at Cutter and Squidge