Prior to living in London I was preparing for a holiday trip here and had one of my most memorable weekly phone calls with my Grandmother. Because she never had opportunities to travel internationally, she was very curious about life across the pond. She asked, “So, what do they do for Christmas over there? Do they celebrate it?”

Without hesitation, she fired back, “Sunny!!!! JESUS INVENTED CHRISTMAS!”

There’s nothing like a verbal smackdown from your 87-year old Grandmother.

While she is undeniably right, it also is fair to say that historians would support the fact that Charles Dickens shares responsibility for creating much of the way Christmas is celebrated today in America and the UK.

After my trip, I explained the similarities and differences between the cultures during the holiday season to my Grandmother, which I know is the information she really wanted through her question.

As we roll in to the holiday season, I feel it’s best to start by recognising one of England’s most influential literary and cultural figures. 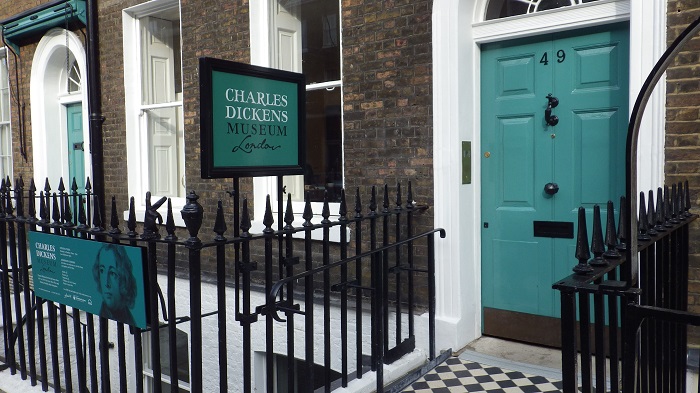 On a beautiful sunny in London day, I visited the Charles Dickens Museum on 48 Doughty Street in Bloomsbury. It’s where he lived from 1837 to 1839 and wrote ‘Oliver Twist’ and ‘Nicholas Nickleby’.

After paying £8 for an adult ticket, I spent about an hour and a half walking through the residence. 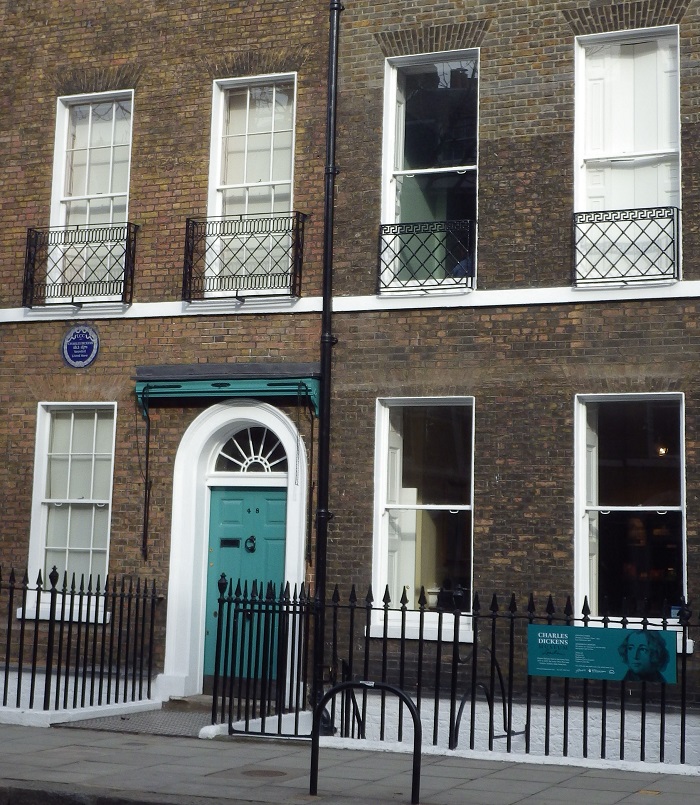 During my time, I stood in Dickens’ study. I’m sure any literary lover could appreciate how I examined the desk and books and attempted to transcend in to the mind of the author in the very room where he crafted his tales. 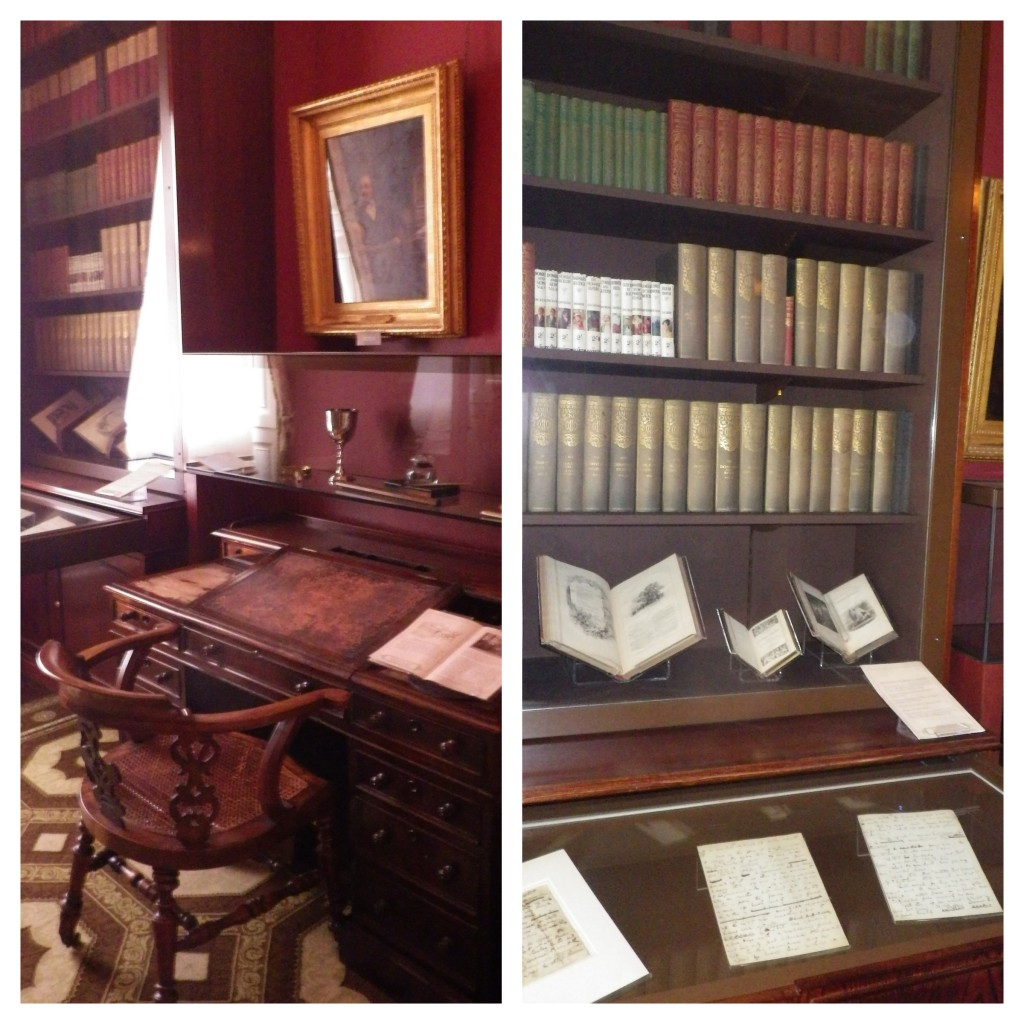 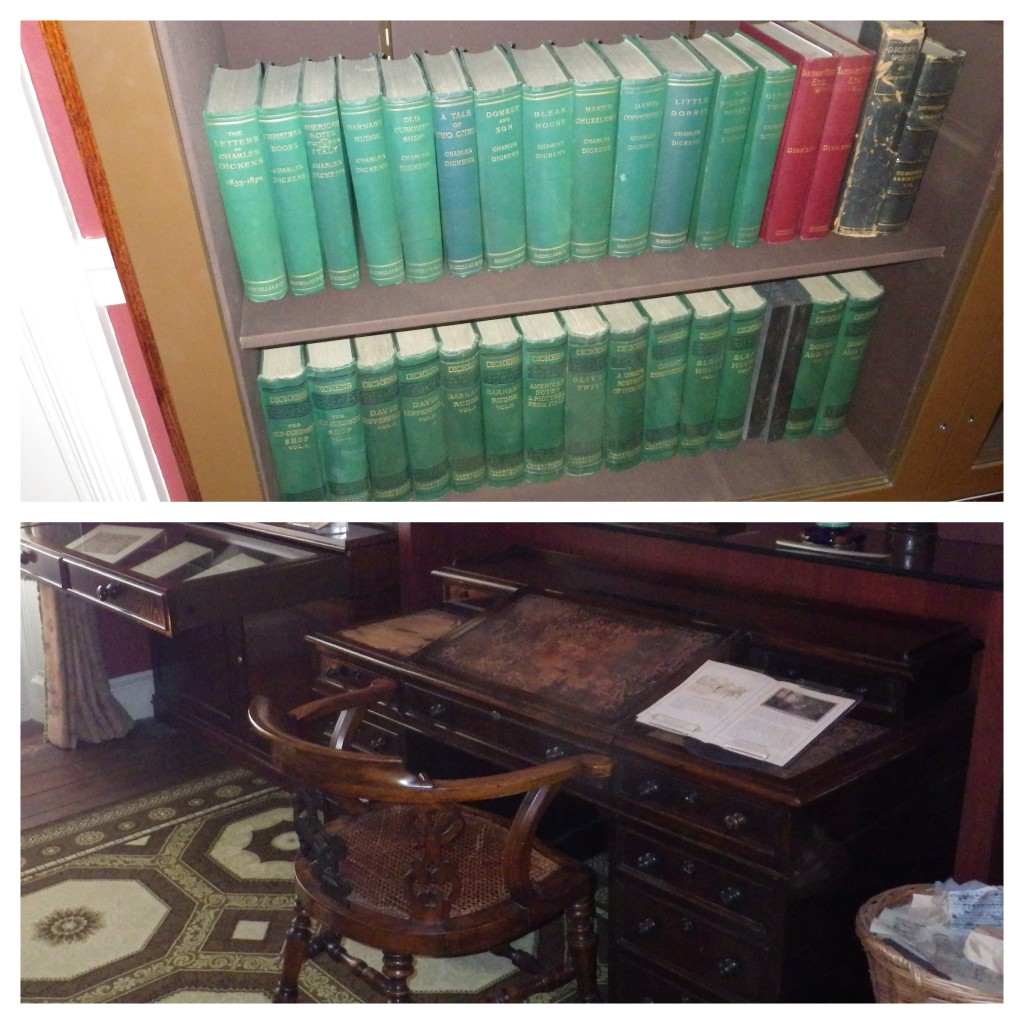 Another treat was walking around his Dining Room. As I stared at the artifacts, I envied how much information they had absorbed. I’m sure many great, colorful conversations were captured in these walls. 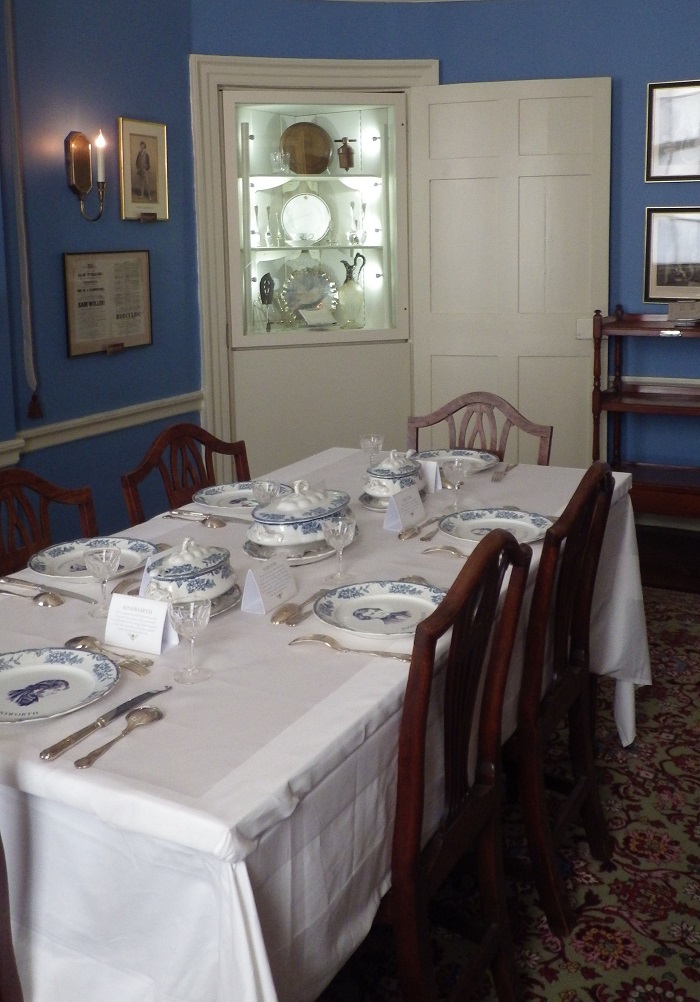 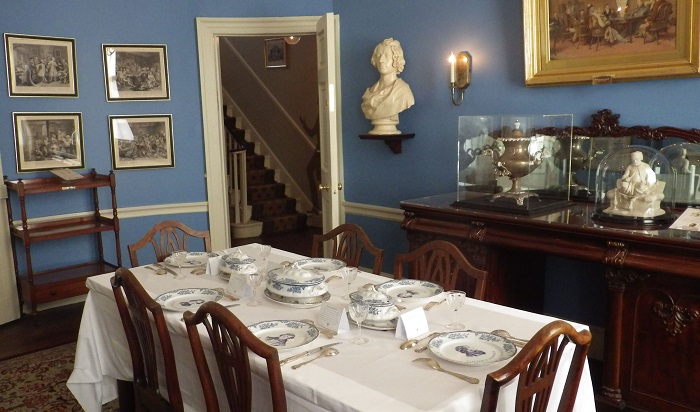 Throughout the home, there were treasured works of art crafted for the novelist. 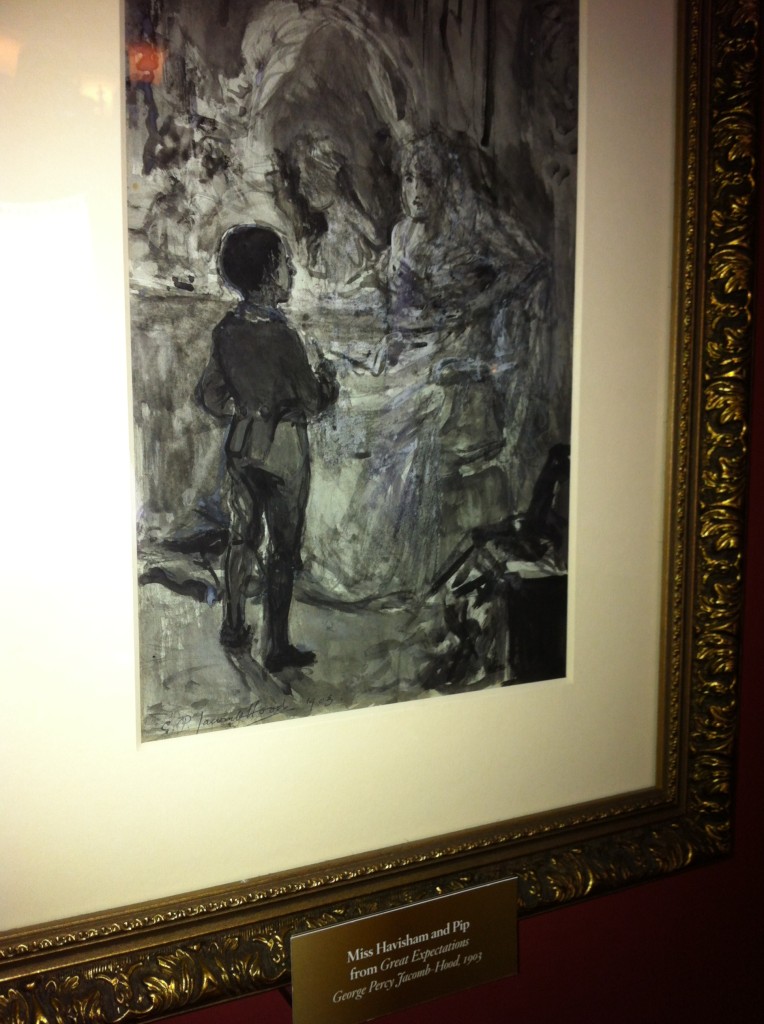 In the basement, I enjoyed seeing the Kitchen, Scullery and Washhouse where servants maintained the household’s daily activities. 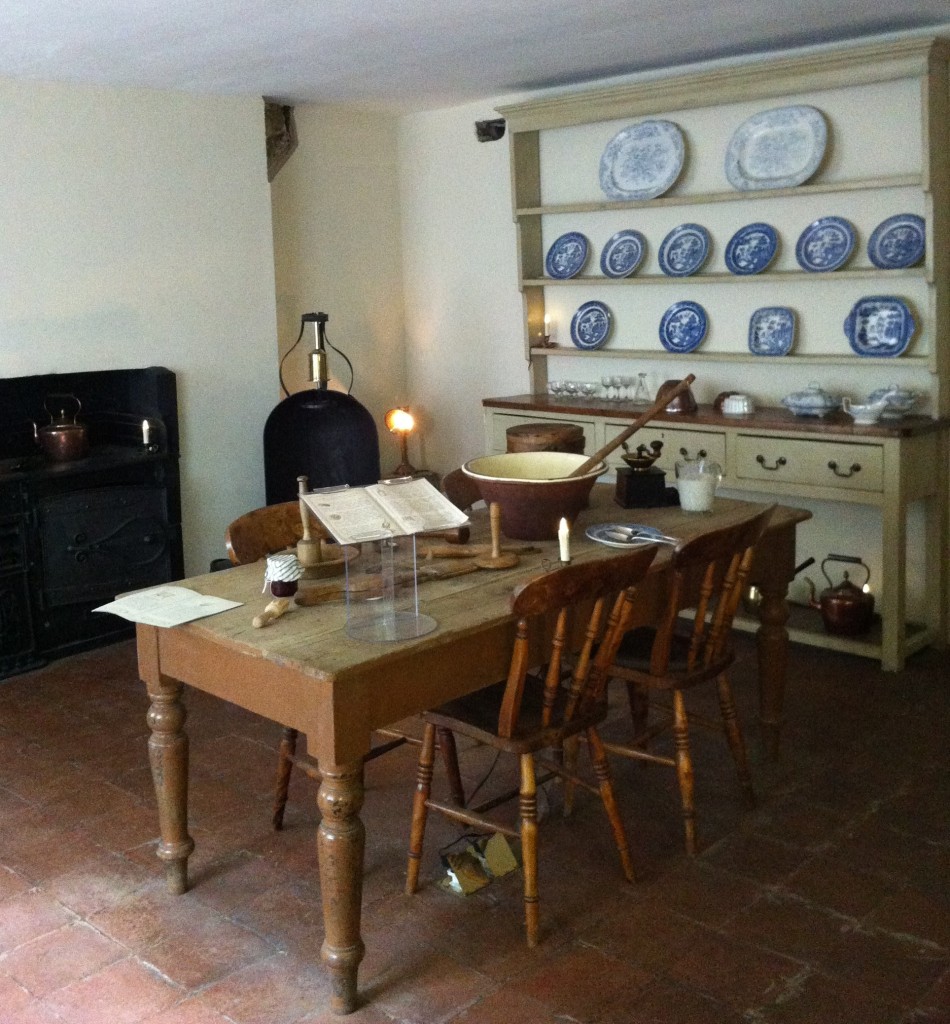 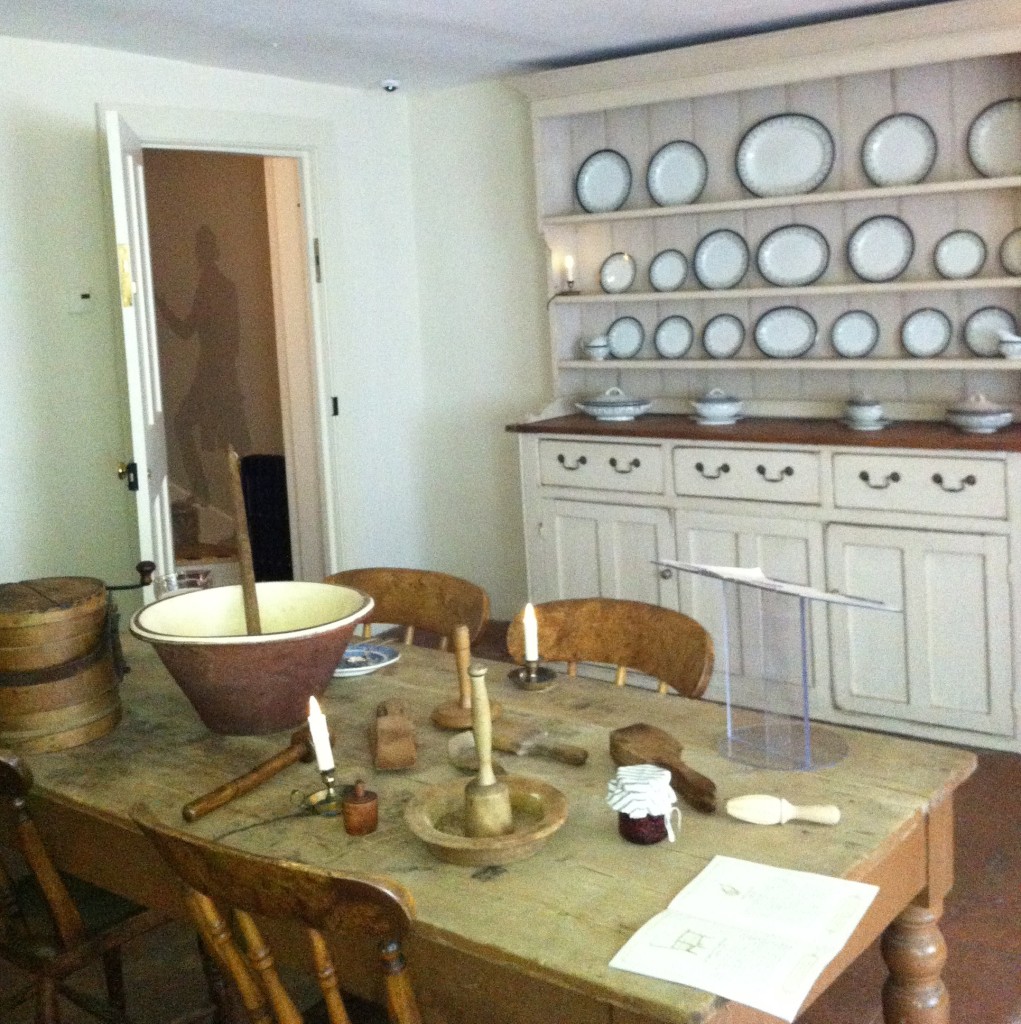 When I made it to the top floor, I saw the most powerful display. Dickens, a strong social commentator, made the biggest statement about his life to me when I stepped in to a room which displayed this… 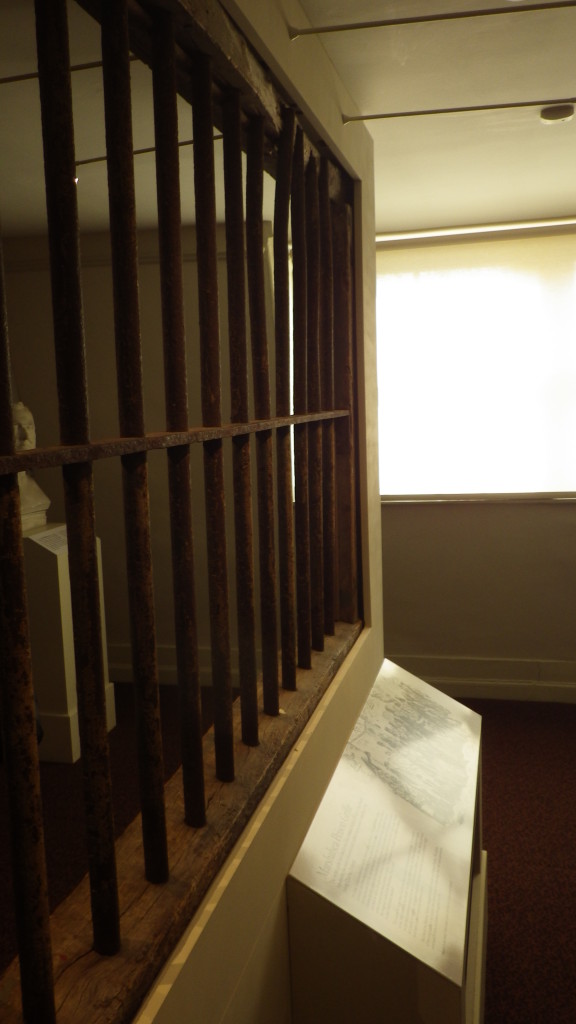 The description with it indicated that Dickens forever wanted a reminder of his past by obtaining bars from the Marshalsea Debtors’ Prison in which his father spent time during his childhood.

Quotations from his very successful works decorated the room’s walls. 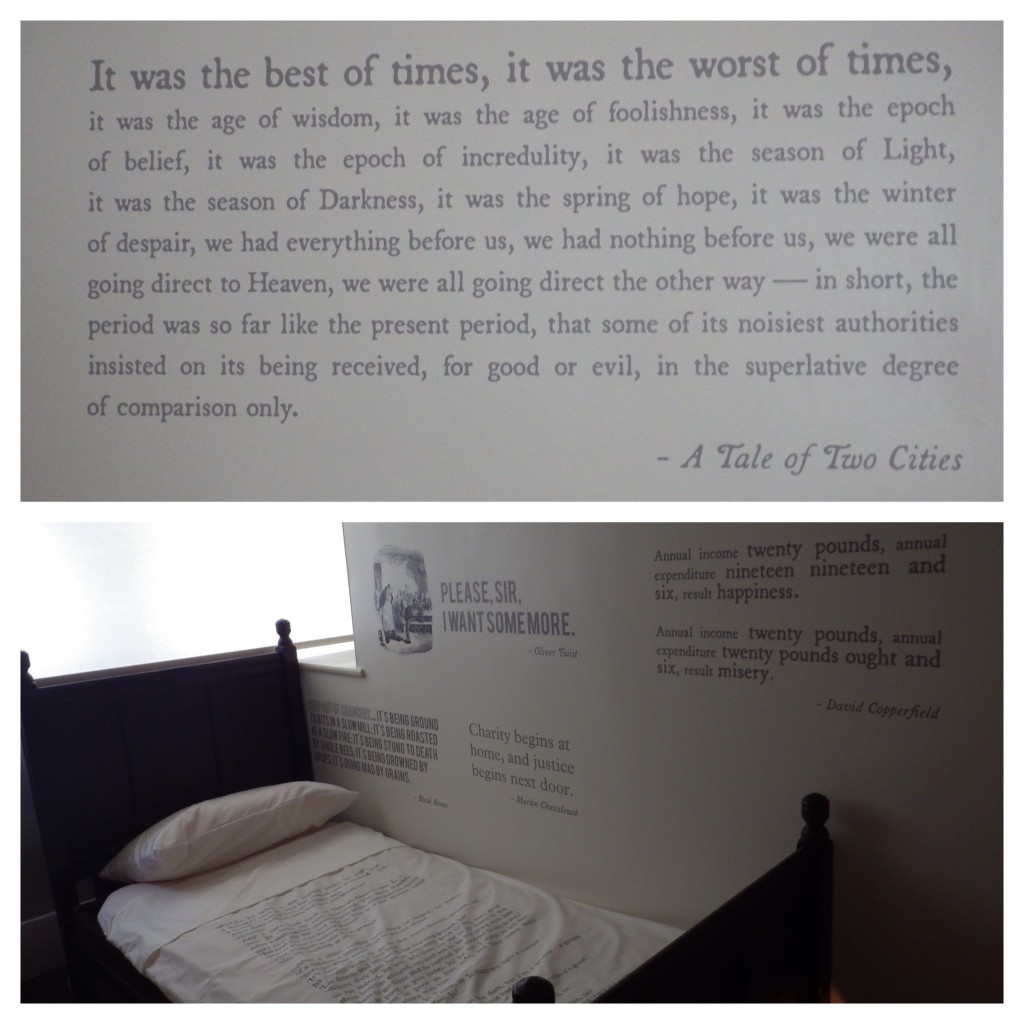 If you’re looking to celebrate the impact Charles Dickens made on the written word and the holiday season, a visit to the Charles Dickens Museum is well worth your time. The staff was exceptionally knowledgable and friendly.

Like Loading...
The Dueling Challenge: Harry Potter, London vs Orlando?
Arundel and a Castle in the Sky