If you go on the Harry Potter London Bus Tour you can be chauffeured around London to see some of the best locations featured in the films! I recently had the chance to do this with Brit Movie Tours.

Since ‘Harry Potter and the Cursed Child’ opened at Palace Theatre, which was just near where I first lived in London, every muggle is buzzing with a renewed interest in the magical stories.

Twice I’ve visited the Warner Bros Studio tour in London. I also have been to the Wizarding World of Harry Potter. Because many blog readers contact me about the Harry Potter experience in London, it seemed like a good idea to give this 2-3 hour tour a go. 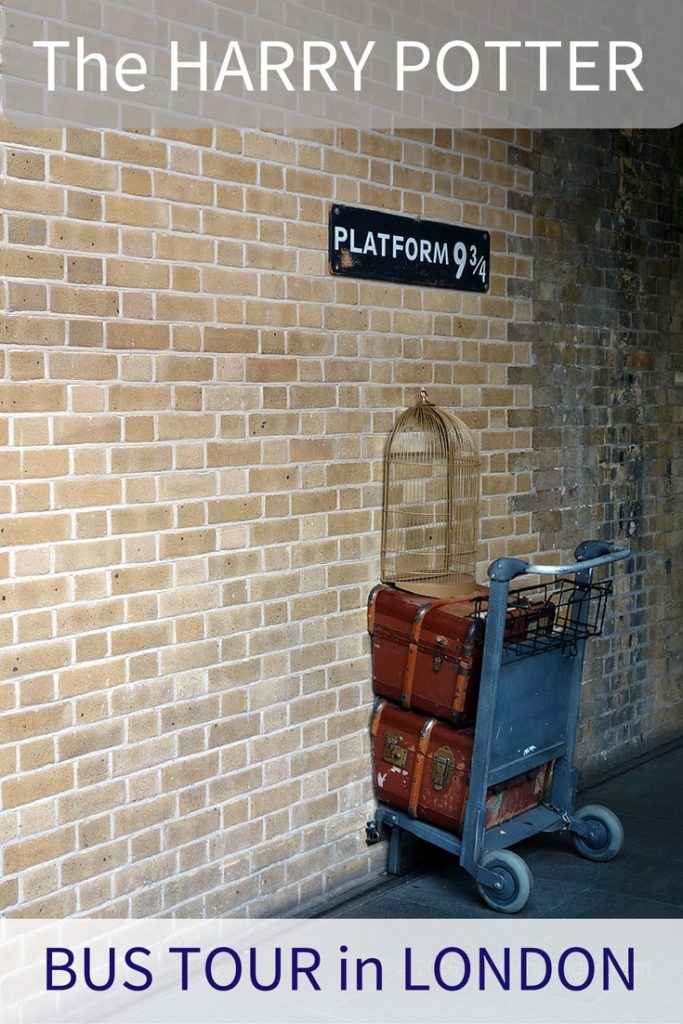 Foremost, you need to know that through the duration of the tour, you will only get off the bus 5-6 times. It’s a long time to sit just to see a handful of exterior ‘sets’ up close. That being said, there were several times on the tour that I learned locations I walk by frequently were important sets in the films! For example, Australian House was used to shoot scenes for the outside of Gringotts Bank.

There were also two markets on the bus stops that I had yet to visit. They’re definitely on my list of things to do in London now. Both markets were sets for the Leaky Cauldron. 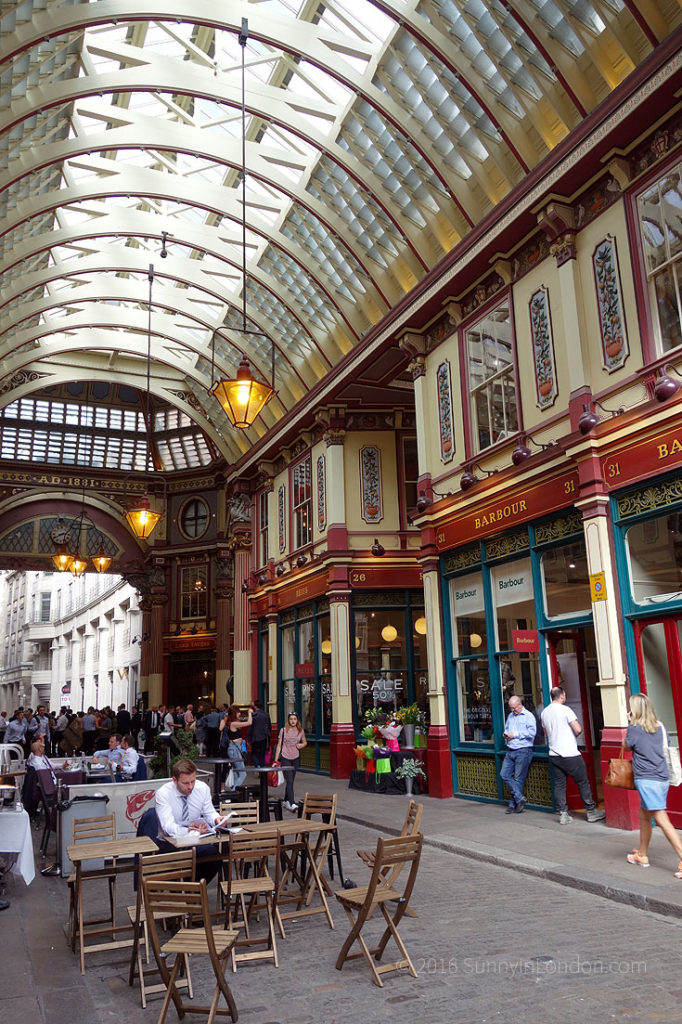 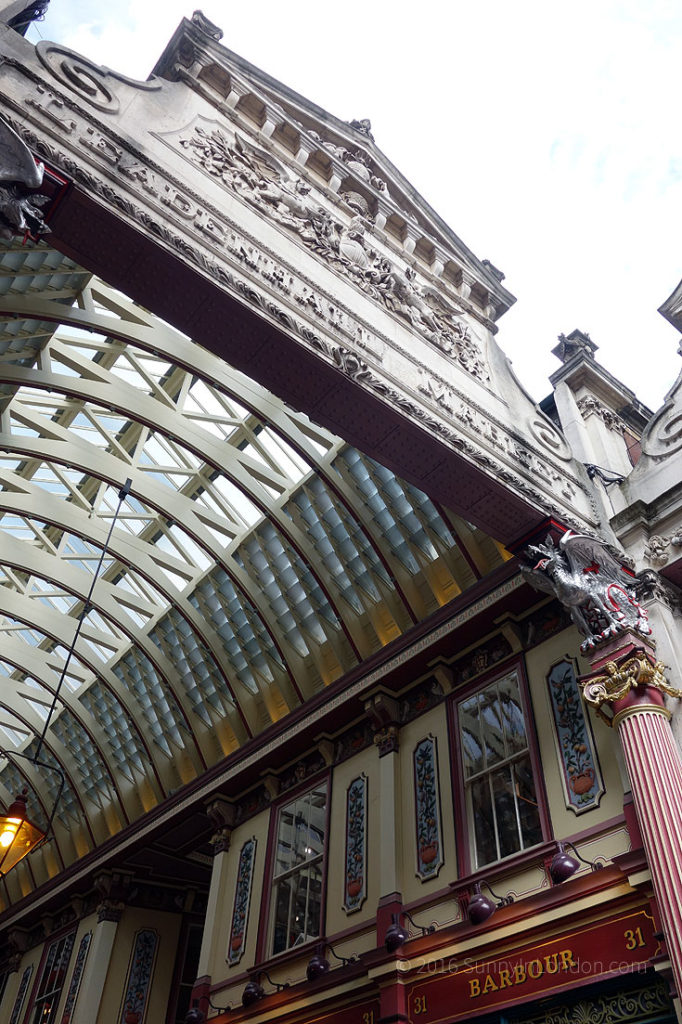 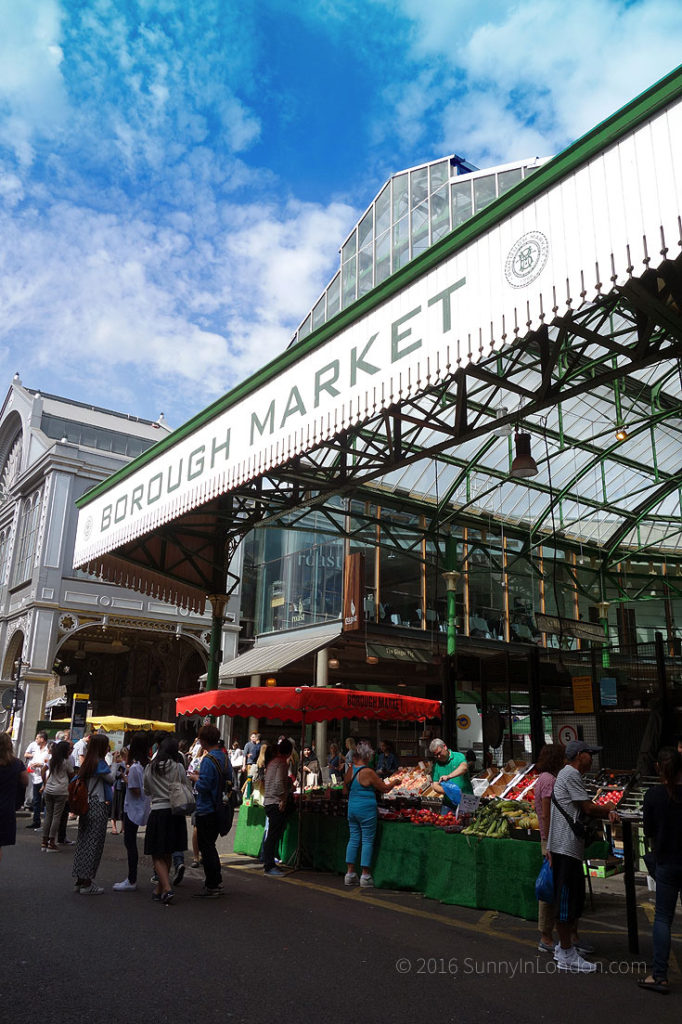 The tour guide shared tons of movie trivia with us as we moved through the streets of London. This was not only to provide us with interesting information but also to occupy our time as we sat in London congestion.

For example, as we crossed in to the City of London, he shard that roads leading in to London have a dragon statue. This marks the start of the City. Dragons always face outward to show they are protecting the city.

Did you know that no American actors or actresses were allowed to be cast in the film’s per JK Rowling’s direction? Verne Troyer (Mini-me in ‘Austin Powers’) is the only actor ever cast. It was due to height requirement, and his lines were dubbed over to avoid people hearing his American accent.

Routemaster bus no. 15 is what inspired the Night Bus featured in the movies.

There are several errors in the Charing Cross station scene. First, Mr. Weasley and Harry are shown going down an escalator to leave the Underground. Next, they struggle with Oyster cards. The films are set to take place in the mid to late 90’s, which was before the Oyster card was available until 2003.

When movie production companies want to film the London Underground, a member of TFL must be on the set at all times. In fact, it’s the TFL employees suggestion that they struggle to get through the turn stiles because the employee said it’s something very common that nearly happens to everyone.

The late Alan Rickman, who played Professor Snape, had to be told at the start of the films what would happen to his character. JK Rowling felt it was important he knew the path his character was on so he could adequately play the role. This occasionally caused arguments between him and the various directors because they couldn’t understand why the actor would modify or refuse some directions.

It seems I can never get enough pictures of the London Eye. But did you know it’s very difficult to film due to so many restriction? It’s barely featured in the London skyline shots in the Harry Potter films. Rules for filming the London Eye include: the film can’t promote terrorism and the attraction cannot be destroyed. 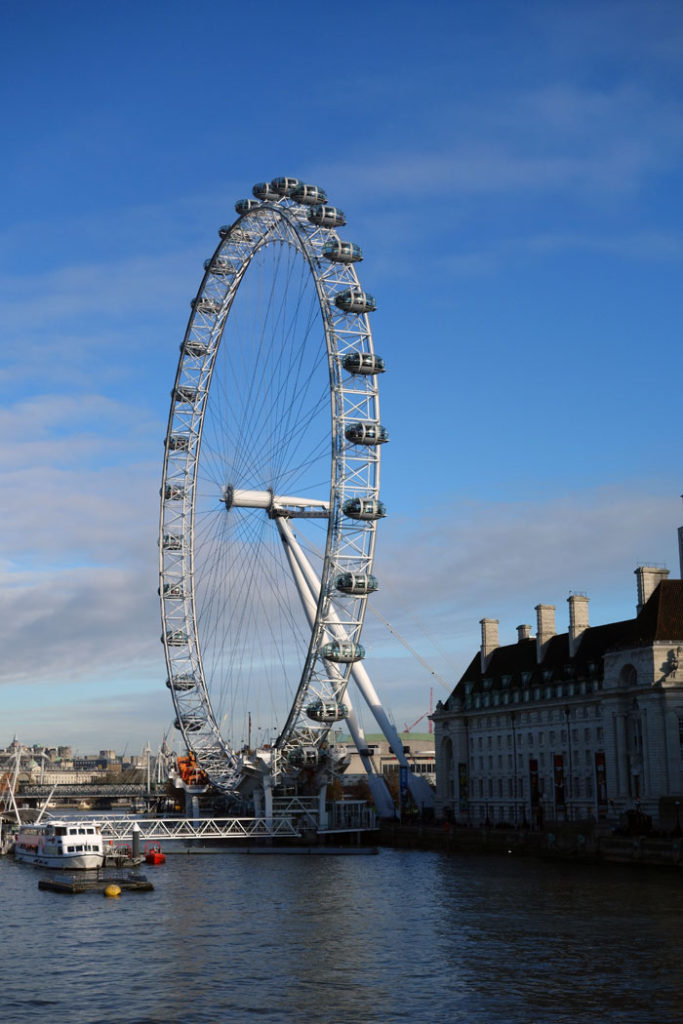 If you’ve seen ‘London Has Fallen’, you may have noticed it doesn’t show the London Eye falling. In fact, the new ‘Independence Day’ only implies it’s destroyed. The one exception that exists is ‘Fantastic Four.’ In it, the London Eye comes off its axis and falls in to the River Thames. They get around the restriction because (SPOILER ALERT!) the super team puts it back together in the end.

The tour ends at the mock Platform 9 3/4 and has a photo opp for anyone who wishes to wait in the queue. Be warned, if it’s on a busy day, the line could be an hour or more.

As I mention in the video of the Harry Potter London Bus Tour, scenes were not actually filmed between platforms 9 and 10 at King’s Cross St Pancras International Station. They took place between platforms 4 and 5.

Now, watch the video which shows the stops you make on the tour, and the actual school that Danielle Radcliffe attended. If you can’t find it, leave a comment on the Sunny YouTube channel, and I’ll tell you the name of the school. One hint is: it’s located near the Millenium Bridge. 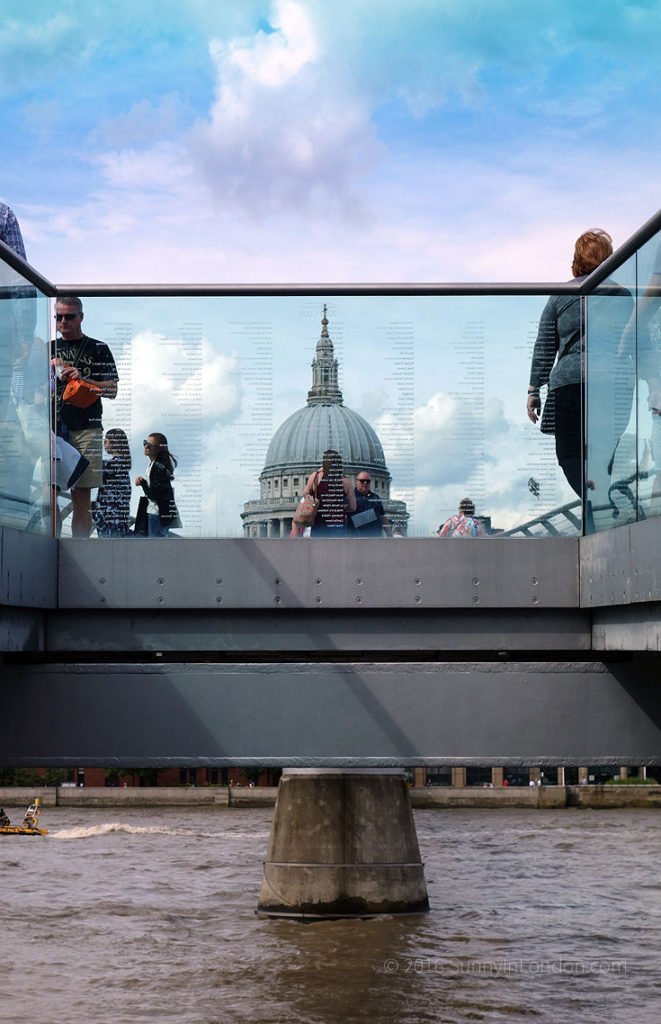 Don’t forget to read the other Harry Potter posts on the blog after you watch the video: 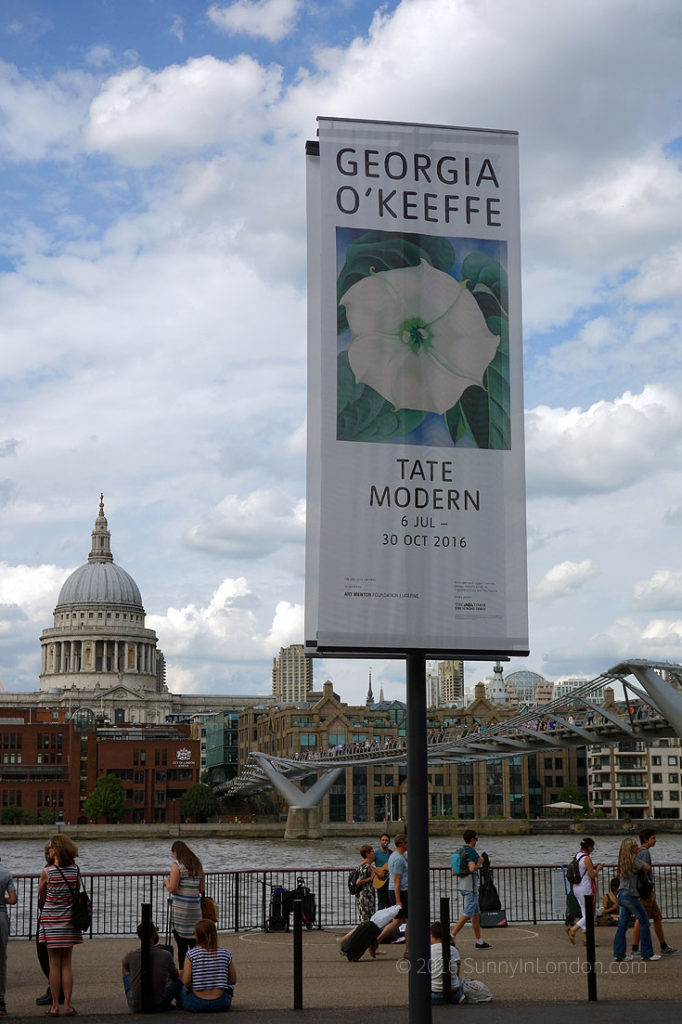 My experience was complimentary for the purpose of a review. This doesn’t affect my opinion expressed above. There are tons of walking tours I would like to try with Brit Movie Tours now, including: James Bond Tours, Romantic Comedy Tour London and the Krays Gangster London Tour. For Downton Abbey fans, they have a tour for you. And, Game of Thrones fanatics who are in Ireland, you might want to read this too. Let me know which ones you do! You can also check their TripAdvisor reviews to see what others have to say about the experience.